The European Parliament's interparliamentary delegations along with its Committees on Foreign Affairs, Development and International Trade provide the parliamentary dimension of the EU’s external diplomacy. Together these provide a forum for regular dialogue and exchange of views on issues of common interest, which helps the EU develop relationships with peers from third countries. Meetings are held regularly in both Brussels and partner countries. They help the EU deepen partnerships, understand political situations and promote EU values: democracy, rule of law and respect for human rights and freedoms.

This parliamentary dimension of external diplomacy adds value to the work of parliamentary committees dealing with foreign relations; it provides first-hand expertise based on direct contact with counterparts on the ground and, whenever possible, allows dialogue with political forces close to our political family.

As the largest political group in the EP, our Group has the greatest number of Members involved in interparliamentary delegations, chairing a large proportion of them. Our Members are strongly committed to using this instrument of parliamentary diplomacy to influence EP relations with third countries on both bilateral and multilateral levels in all main areas of cooperation.

Given current challenges, our priorities are the Eastern and Southern Neighbourhood and the Western Balkans. We also take an interest in other countries and regions that hold agreements with the EU, including association agreements, stabilisation and cooperation agreements and free trade agreements.

Our Members working for delegations are usually also involved in preparing the EP urgency resolutions that react to situations of violence and infringement of human rights all over the world. Our Group’s expertise and commitment have allowed it to lead many different sensitive dossiers in the area of foreign affairs.

The EP established interparliamentary delegations after deciding to strengthen the parliamentary dimension of its dialogue with a large number of third countries across the globe, including Iran, Iraq, Japan, China and India.

The EP establishes Joint Parliamentary Committees with candidate countries or countries that have signed association agreements with the EU. These committees are made up of an equal number of Members from both the European Parliament and the respective partner parliament. The JPC assesses progress towards accession for candidate countries. Examples of JPCs include Turkey and North Macedonia (EU candidates); Norway, Iceland and Liechtenstein (as part of the European Economic Area) and Mexico and Chile (under an association agreement).

Parliamentary Cooperation Committees are based on specific agreements with countries that are part of the European Eastern Neighbourhood Policy (Armenia, Azerbaijan, Georgia, Moldova and Ukraine) along with countries with which Europe has concluded Partnership and Cooperation Agreements (PCA), including Russia, Uzbekistan, Kazakhstan, Kyrgyzstan and Turkmenistan. Their role is to follow the implementation of the PCA. MEPs will also monitor the political and economic activities of certain countries and their efforts to influence neighbouring and other countries.

Stabilisation and Association Parliamentary Committees are set up with those South East European countries where a stabilisation and association agreement (SAA) has entered into force. Examples are Albania, Montenegro and Serbia.

This special type of interparliamentary cooperation aims to enhance parliamentary ties between the EU and the US Congress, and support activities developed by the EP delegation for relations with the United States. 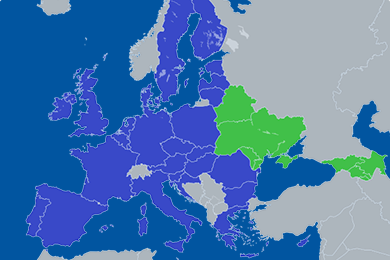 In the Euronest Parliamentary Assembly, we evaluate the success and challenges of the EU Eastern Partnership with countries bordering Europe and wanting to draw closer. We also aim to promote democracy, prosperity, stability and security in the region. 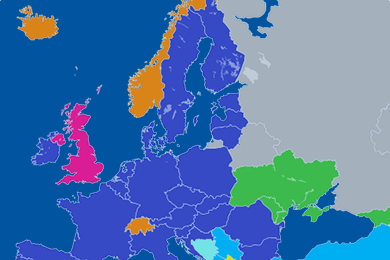 With enlargement one of the EU’s biggest success stories, we believe enlargement policy is an essential tool for promoting European values and making the benefits of the EU accessible to other European countries. 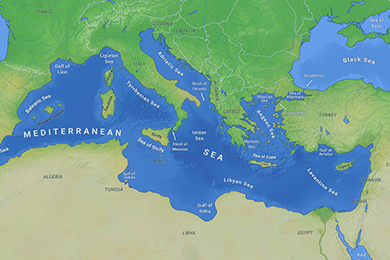 We consider an advanced neighbourhood policy fundamental, contributing to a better understanding between the EU and its Mediterranean partners, whom we work with in areas such as migration, religion, environmental protection, education and training.

We believe freedom of religion is a basic right that we must defend. We seek opportunities for dialogue and cooperation with religious communities, to understand their thoughts on issues such as social tensions, migration and education.

Our African policy initiative aims to develop cooperation with our African partners and the African political parties, providing a forum for exchanging ideas and best practice. It builds on the original Windhoek Dialogue, which was launched in 1996.