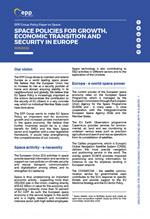 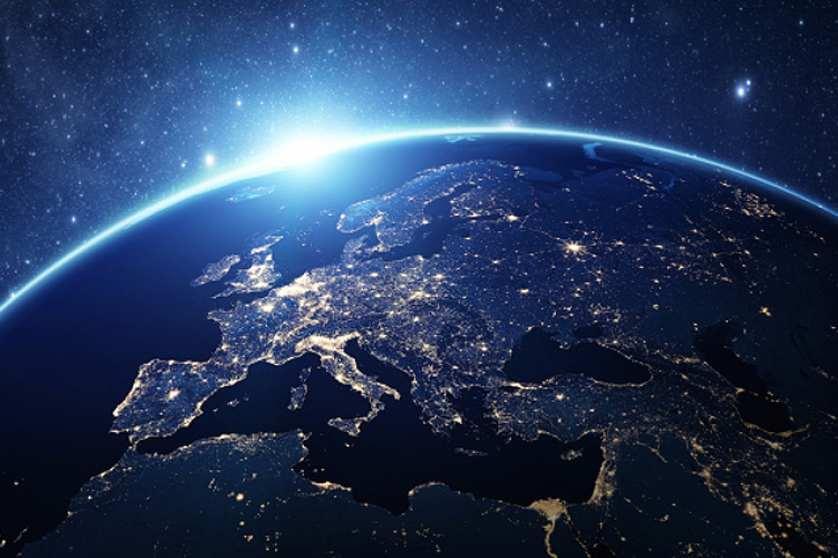 The EPP Group strives to maintain and extend Europe as a world leading space power. We believe that the European Union has to increase its role as a security provider at home and abroad, ensuring stability in its neighbourhood and globally. We believe that EU Space Policy is increasingly important as the actions demonstrate the contribution to the security of EU citizens in a very concrete way, which no individual Member State could have done alone.

The EPP Group wants to make EU Space Policy an important tool for economic growth and increased private involvement in the space economy. We believe that further incentives would be to a clear benefit for SMEs and the New Space sector and, together with a clear legislative framework, it would help strengthening the competitiveness of our industry.

The European Union (EU) activities in space provide essential information and services to support our core policies on climate, security and rescue, transport, communication and digitalisation among others, and to strengthen EU resilience.

Space is thus underpinning an important economic activity - supporting more than 230,000 jobs in the Union, creating directly €53-62 billion in value for the economy and impacting indirectly more than 10 percent of EU GDP1(see pdf). As such, the European space economy is the second largest in the world and is a highly research and innovation intensive sector with high skilled employees. Space technology is also contributing to R&D activities in different sectors and to the exploration of the Universe.

The EU Earth Observation programme Copernicus provides services for environmental, air, land and sea monitoring to underpin various areas such as precision agriculture and search and rescue operations from its constellation of satellites.

The Galileo programme, which is Europe’s Global Navigation Satellite System (GNSS), delivers the most precise navigation and positioning service in the word. The overlay system EGNOS provides improved positioning and timing information; for instance to use for airplanes landing in European airports.

The GOVSATCOM - the satellite communication service for governmental users contributes to the EU’s response to specific threats and provide support to the EU Maritime Strategy and the EU Arctic Policy.

Russia’s invasion of Ukraine has demonstrated the need to act promptly to reinforce EU autonomous access to space and the EU supply chain in order to reinforce EU resilience. The EU needs to ensure its strategic autonomy and not be dependent on third countries in strategic areas, e.g. on launchers, and on strategic EU value chains for our EU flagship programmes.

Russia’s war already had a significant impact on European Space Policy, spaceflights and exploration activities. The Russian space agency Roscosmos announced its withdrawal from the Guiana Space Centre in Kourou. The establishment of EU alternative Spaceports should be explored.

Due to a lack of Russian launch capacity, the strive for greater EU autonomy for access to space launching satellites becomes urgent. In any case, the Russian decision has no consequences on the continuity and quality of the Galileo and Copernicus services; nor does this decision put the continued development of these infrastructures at risk.

The post Brexit agreed funding of United Kingdom (UK) for Copernicus is blocked by the dispute over the Northern Ireland Protocol together with the UK’s participation in the Horizon Europe research programme. An agreement was found between the Commission and ESA to address the budget shortfall and to preserve the continuity, integrity and evolution of Copernicus. Proceeding with the full scope and full speed of envisaged activities requires a budget higher than the one currently available.

It is not given that Europe’s position as the second largest space power in the world can be maintained - considering the challenges from rising space nations such as China and India and  the increased involvement of private companies from the USA, such as SpaceX, Blue Origin and Virgin Galactic.

The competition has not least intensified when it comes to launch and operate satellites. Almost 12,000 satellites have already been put in orbit by 6,000 launchers, and in the coming years an additional 20,000 satellites will be sent to space - offering a variety of private services, like the Internet from space, navigation, mapping etc.

The Union will also have to step up its launches of satellites and the published Secure Connectivity Programme for 2023-2027 is a new step in that direction - the €6 billion programme (of which €2.4 billion comes from the EU budget) is very welcome. According to the plans, the new European constellation of satellites will ensure the availability of worldwide access to secure satellite communication services for the protection of our critical infrastructure, for surveillance, support for external actions as well as for the provision of reliable and fast connection to people and businesses through the private sector.

New resources would be of great advantage and overlapping with existing services should be carefully assessed in order to secure the success of this new programme.

Quantum communication technology, initially developed in the framework of EuroQCI, should be part of the Secure Connectivity system to offer an enhanced level of security for our satellite communication systems.

At the same time, the problem of increased congestion in space and the more than one million pieces of space debris from worn out satellites pose a risk to our satellite launches, to our existing assets in space and not least to our astronauts in space. It is clear that management of traffic in space and the possible cleaning of space from debris has become an urgent matter for Europe and the world as such.

The space sector should also be considered as a model in terms of strategic autonomy when rethinking other policy fields, such as the energy sector. This means a strong focus on building up of our own capacity and a speeding up of the development of launch systems Vega-C and Ariane 6 as well as the support to newcomers developing lower cost & smaller/micro launchers across EU.

Space Policy and development of space technologies is increasingly intertwined with developments in security and defence, and rightly so. The establishment of an EU Space Defence Command is a natural and necessary development to protect our space assets. The co-habitation between civil use and security and defence user is apparent when it comes to Galileo data and services, which has a clear dual use case. We should embrace the dual civil and military use of our space assets and acknowledge that there are also clear synergies to be exploited in the area of research and development - an obvious way is through the Space and Defence Ecosystem, which is defined in the EU new Industrial Strategy and in the Action Plan for Synergies between Civil Defence and Space Industries.

We should avoid the same situation as we had in Ukraine where non-EU private companies covered certain governmental services, ensuring secure connectivity. Europe should be at the forefront of the global Space Policy.

The multiple threats to our security makes close cooperation between the EU and NATO in the framework that the EU Space Programme a necessity for the future - in particular what concerns the protection of space-based capabilities and services for security and defence against cyber-attacks, physical threats, debris or other harmful interference. Therefore, we welcome the space dimension of the recently adopted European Strategic Compass. Despite our collaboration with allies, the EU still needs to be autonomous where needed, ensure resilience of space and ground assets, access to critical raw materials and technologies, resilience of supply chains as well as the availability of space-based services.

The legacy of public involvement and big space and defence companies is apparent when it comes to research and development and to the exploitation in the upstream space sector (launchers aerospace prime/satellite manufacturers), midstream (satellite operators) and downstream sectors (development of services and applications by using data from satellites and space technologies. New Space innovators play also an increasing role.

Many more private companies, start-ups and Small and Medium-sized Enterprises (SMEs) are active in the so-called ICT/digital sector making up the New Space ecosystem. However, the situation is in flux with no clear regulatory framework.

Space Policy should have an even more important role in strengthening European industry for the recovery of the EU economy and for enhancing EU resilience.

The Space sector is an incredible asset for the EU economy as a whole, from which both companies and citizens can benefit greatly. It requires that we involve the private sector to a much bigger extent than today.

As the immense opportunities stemming from the Internet of Things (IoT), industry 4.0, big data and autonomous vehicles become evident, the demand for satellites and space technology will only increase further. Along the entire supply chain, the demand for satellites, micro-launchers and data processing will rise and the EU is presented with a unique opportunity to step up its role in space and increase its competitiveness.

In order to reach European digital sovereignty, data sovereignty is key. Already today, the EU has many actors contributing to this goal by providing data solutions, micro-launchers, satellites and state-of-the-art high-tech innovations. As the strategic importance of space and the increasing competition that is building up becomes evident, important potential remains untapped.

Figures2(see pdf) from a recent market survey the installed base of navigation and positioning (GNSS) devices will grow from 6.5 billion units in 2021 to 10.6 billion units in 2031. The downstream market revenues from both devices and services is forecasted to grow from €199 billion in 2021 to €492 billion in 2031. The market for Earth Observation data and services is set to double from roughly €2.8 billion to over €5.5 billion over the next decade. In the secure satellite communications, the current civilian demand of satellite communication capacity in Europe is around 2.5 Gbps and the military demand does not exceed 1.5 Gbps. In 2035, the forecast could reach almost 4 Gbps for military demand and 20 Gbps of civilian demand.