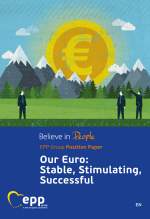 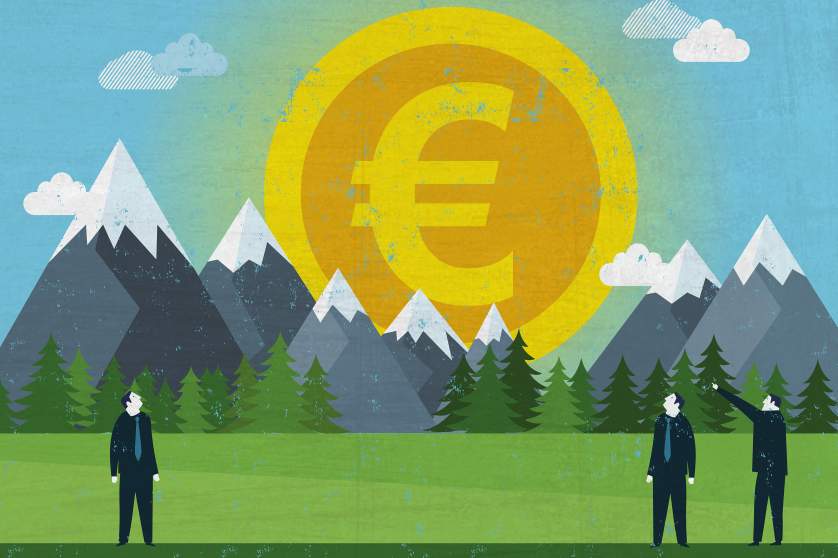 European citizens rightly expect and demand a euro that delivers. Creating the euro was a milestone in the European integration process and a symbol of European unity, but it must also be the foundation of economic growth and competitiveness for our Union, as well as prosperity and jobs for European citizens. The EPP Group considers that every EU country without an opt-out should be a Member of the euro area provided that all the criteria are met, as this will contribute to the success of all our economies.

The EPP Group’s response to the euro area debt crisis - consisting of sustainable economic policies and fiscal discipline - has proven effective and successful, although we do not underestimate the efforts citizens have had to make in those difficult times. Now that our economies are recovering, we have to draw our lessons from the past and that means refining the euro area governance structure. To this end we need a euro that is stable, stimulating and successful.

A stable euro is a euro that allows us to play a strong role in a globalised world. The fact that the euro has become the world’s second reserve currency alongside the dollar has allowed Europe to take control of its own destiny and set the rules for global financial markets. The 2007-2008 financial crisis and the sovereign debt crisis have shown that external shocks combined with over-indebtedness can hit European economies and societies harshly. We therefore need to make sure the euro area has the appropriate absorption capacities to counter future external shocks, otherwise we would not be able to prevent another economic crisis and we will not be able to create the conditions for people to have trust in the safety of their savings and investments.

A stimulating euro is a euro that boosts investment and promotes employment. To create more jobs, we need more investment in Europe and less debt. To achieve this, we need a trustworthy currency that encourages investment and a Union that stimulates reforms to keep Europe competitive and strong. This is the only way to provide our young generations with opportunities for their future. Unlike the political Left, we refuse to shift the burden to future generations.

A successful euro is a euro that protects and delivers in citizens’ daily lives, through sustainable economic policies and reforms that bring the living standards of all Europeans closer together, based on Social Market Economy principles, the completion of the Single Market, innovation-driven projects and fair trade priorities.

Our roadmap for a stable, stimulating and successful euro:

1. It’s all about investing in people’s futures

A European currency cannot only rely on national investment. The EU also has to create better conditions for attracting smart investments that stimulate competitiveness and create jobs.

✔ Safeguard investment in times of crisis;

✔ Accompany the enforcement of structural reforms;

✔ Assist with the convergence of non-euro Member States;

Solidarity needs responsibility: the EU must be able to help any Member State in financial crisis. However, we are opposed to reckless behaviour. Each Member State has the obligation to manage its finances responsibly in the first place and is liable for the financial assistance it receives.

3. Europe must have its own Monetary Fund

4. Increasing the democratic legitimacy of the euro area

People must have certainty that decisions impacting their economic future are not made by “hidden powers,” but by their legitimate representatives and authorities.

✔ The external face of the euro area in the relevant international organisations.

✔ Responsible for proposing how the new budgetary capacity should be spent to provide investment and to accompany the necessary structural reforms in line with agreed rules, while having enhanced competences to enforce compliance with the economic governance framework and ensure implementation of the country-specific recommendations.

5. Our savings in safe hands