Read how the EPP family has shaped the story of European integration. Discover how today, when Europe again faces challenges, we continue to honour that legacy by remaining true to our convictions: a united Europe based on the values of human dignity, freedom, human rights, the rule of law, solidarity and subsidiarity.

In the aftermath of the Second World War, Europe’s Founding Fathers – French Foreign Minister Robert Schuman, German Chancellor Konrad Adenauer and Italian Prime Minister Alcide de Gasperi – wanted to rebuild a peaceful Europe. They worked together to take the first crucial step in creating a united Europe, forming the European Coal and Steel Community. Our Group, the then Christian-Democratic Group, was founded on 23 June 1953 as a political faction in the Common Assembly of the European Coal and Steel Community.

The following generation set its sights on the European integration needed for Europe's economy to develop into a single, large marketplace. Europe’s institutes grew alongside integration, with the European Parliament holding its first elections in 1979. We changed our name to the Group of the European People's Party.

Inspired by the idea of reunification following the fall of the Berlin Wall and demise of communism, the EPP offered their full support to the emerging pluralist democracies. Centre-right non-communist parties won the support of the people, with our Group becoming, and remaining, the largest in the European Parliament after the European Elections of July 1999.

Learn about the medal that honours men and women whose courage and vision helped to reunite Europe and promote peace, democracy and human rights.

Contact our archives team to explore the priceless heritage that tells the story of the Group since it was first established in 1953 and its role in the creation of the EU as we know it today. 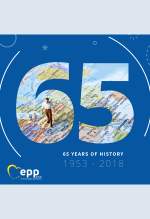 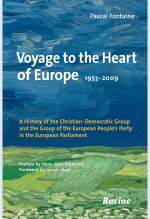 A History of the Christian-Democratic Group and the Group of the European People’s Party in the European...

HOW WE MAKE IT HAPPEN

WHAT WE STAND FOR