Strengthen NATO, improve the EU, support Ukraine and be clear with China 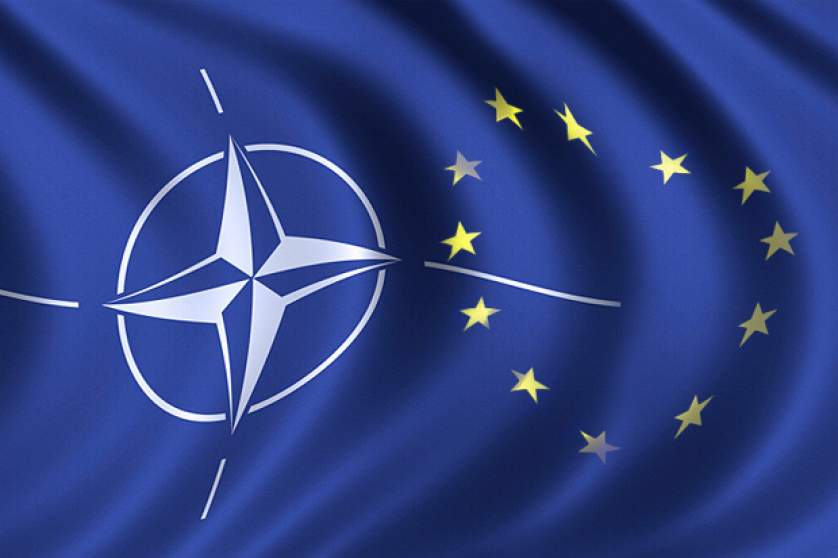 Ahead of the NATO Summit in Madrid, the EPP Group in the European Parliament calls for the strengthening of NATO’s Eastern flank, for an improvement of the EU’s own defence policies, for stronger support for Ukraine and to take a clear stance towards China.

“The Eastern flank of NATO, which is also part of the EU, needs to be strengthened. I hope that long overdue decisions will be taken on the increase in allied troop numbers, weapons and on air defence", said Rasa Juknevičienė MEP, Vice-Chair of the EPP Group responsible for Foreign Affairs.

“Russia’s war of aggression against Ukraine illustrates the urgent need to further improve the EU’s common foreign, security and defence policies. The planned increase of the number of NATO high-readiness forces to around 300,000 in order to reinforce the Eastern flank of the alliance is a very welcomed signal. This will particularly require European countries to step up their defence efforts and underlines the need to finally establish a capable European Defence Union in order to strengthen NATO’s ability to defend the alliance. I also highly welcome the efforts of NATO Member States in supporting Ukraine and stress that countering the Russian aggression calls for increased support for Ukraine, most notably through the provision of weapons”, said Michael Gahler MEP, EPP Group Spokesman for Foreign Affairs.

“I am glad that NATO is finally returning to reality with a new strategic concept and that Russia is assessed as the most urgent threat to Europe. The past misjudgement of the threats is partly what has led to this ominous situation”, stressed Juknevičienė.

“China is another challenge that requires answers by NATO allies. Having increased its defence spending by 600% over the last decade, displaying a growing aggressive posture in its neighbourhood and refusing to condemn Russia’s aggression, NATO and the EU alike have to take a clear stance towards China. A key element in that regard is to foster relationships with like-minded countries in the Indo-Pacific region as well as to increase the maritime presence of NATO and EU Member States”, added Gahler.

The Group also gives its full support to NATO’s swift enlargement by Sweden and Finland. “We call on the Turkish Government to treat Finland and Sweden’s NATO membership applications in good faith and to engage constructively in efforts to solve possible outstanding issues and to refrain from exerting any undue pressure in this process. In light of the Russian aggression that undermines the international rules-based order, it is indispensable that NATO and the EU alike stay united together. Therefore, it is of vital importance that NATO swiftly ratifies the accession protocols of Finland and Sweden as this would significantly increase European and transatlantic security”, Michael Gahler concluded.