Today is about asserting and defending the European way of life 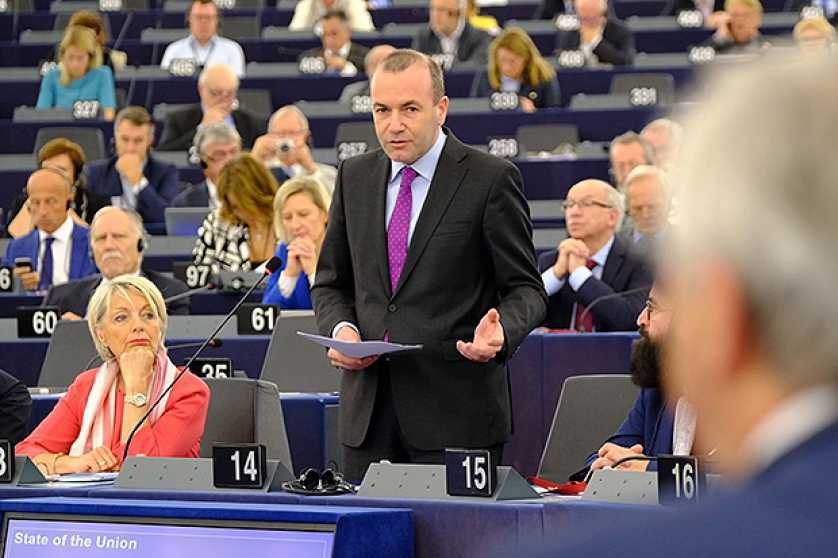 “Europeans are feeling the rough winds of globalisation. We must harness our social market economy to oppose the dangers of social dumping and unemployment. It is about fairness, steady jobs and decent wages. We will renew our social model. The European way of life is a social one”, he said.

“Many people are afraid when they see the pictures of masses of illegal migrants at external borders. The European way of life is to help those people who are in need. But at the same time, it is to strictly protect our borders against illegal migrants and human traffickers. Both are necessary. As for integration, we must make it clear that only those who respect our basic values can get European citizenship. All the others must leave Europe.”

“Many people are afraid of terrorism. Many say that Islam is a danger. No, this is not a conflict between Christians and Muslims. It is a conflict between humanity and barbarism, between values and terrorism, between our way of life and the madness of the terrorists. We must stand together, even closer. The European way of life protects the freedom of religion. It does not know national egoism when fighting together against the terrible acts of the terrorists.“

“We need an honest partnership with our neighbours. Turkey is moving even further away from our European values. We want a good relationship with Turkey, we stand beside the Turkish people who are defending our values. But Turkey cannot be a full member of this European Union - not today and not in the future! This is why this membership procedure must be stopped.“

“And many people are also afraid when they look eastwards. The European way of life is to defend ourselves. It is to say to every aggressor: we stand together and will not be intimidated. We need a European Defence Union that makes us stronger to defend ourselves. And this is also why we must stop Nord Stream 2 - our security takes priority over making money!”

“These are some of the topics where people expect answers from us. Today’s Europe does not only need to deliver on these topics. We need to defend Europe’s identity", concluded Weber.