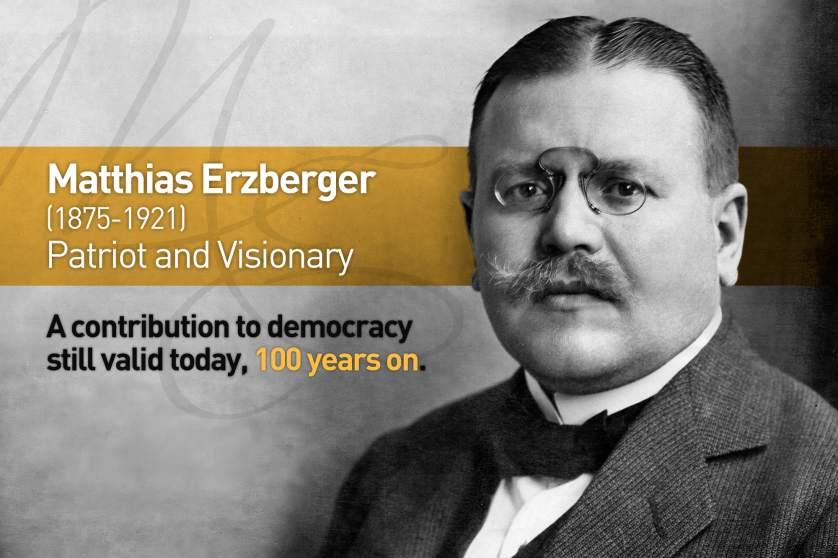 The EPP Group has requested to name a meeting room (ASP 3E-2) in the European Parliament in Brussels after Matthias Erzberger.

Mr Matthias Erzberger (20 September 1875-26 August 1921) was a German publicist and politician, who played a crucial role in the peace process that led to the end of the First World War. He was one of the most influential players in Lithuania’s Declaration of Independence in 1918, and was murdered for his peace efforts.

The ceremony to inaugurate the meeting room is planned on Tuesday 12 July 2022 at 15h00 and will be hosted by the EP Vice-President Rainer Wieland.