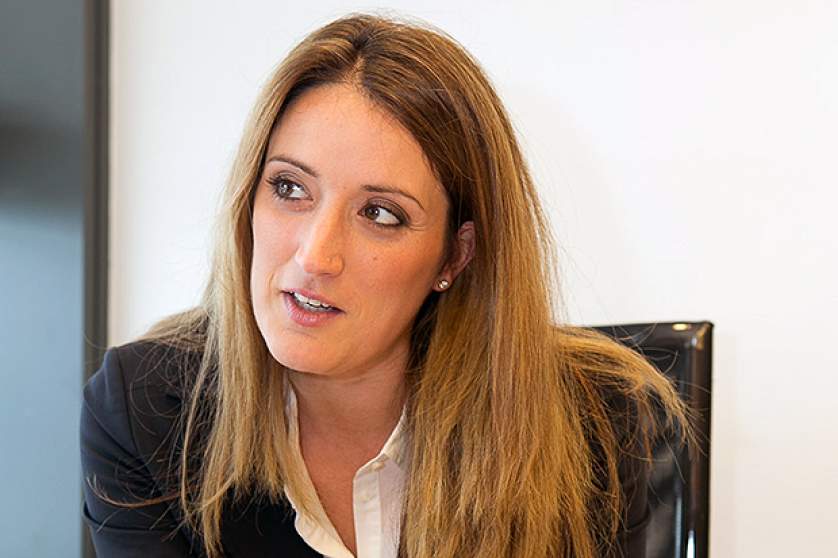 Today, the European Parliament adopted a ground breaking recommendation for the adoption of an EU roadmap to tackle discrimination and homophobia.

Dr Roberta Metsola was the European People's Party spokesperson on the report and was involved in the months of negotiations before the report was adopted with cross-Party support.

The report strongly condemns discrimination, and calls on the European Commission, Member States and relevant agencies to work on a comprehensive policy to protect the fundamental rights of LGBT people.

During the debate in Strasbourg, Dr Metsola said that –

"this report sends an important message to our societies that discrimination against LGBT persons is simply unacceptable. The negotiations were very sensitive and we worked hard to ensure that nothing in this text infringes upon the principle of subsidiarity. It is important that we do not give the impression that the EU can somehow decide on issues such as civil unions, marriage, adoption or family structure - these are all strictly left to individual Member States to decide for themselves. No MEP can tell any Member State to introduce new laws on these issues and no MEP has. This report does not touch upon these matters but focuses on the right for people to live free from violence, hatred, harassment and discrimination".

MEP Metsola also said that "we have seen report after report saying that discrimination still exists in relation to LGBT people across the EU. It is time that this is addressed. The report specifically does not call for any positive discrimination measures but aims to start the ball rolling to create an equal playing field for all people. It is inconceivable that in this day and age, people are still sacked from their jobs because of their sexual orientation or are still the target of hate crimes and harassment because they hold hands walking down the street. People deserve to live their lives without fear."

"I have had constructive consultations in Malta and in Brussels with different stakeholders on this report from across the political, religious and ideological divide. Every one of them agreed that homophobia and discrimination is abhorrent and must be tackled. I am pleased that this report was adopted and I hope that work on these issues will continue", added MEP Metsola.

Head of PN delegation MEP David Casa congratulated Dr Metsola on the successful conclusion of the negotiation and stated that he fully supported the report's conclusions.