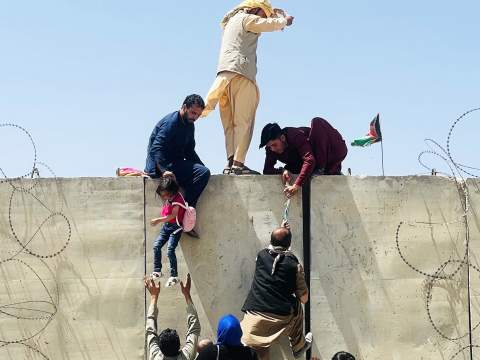 What have we learnt from Afghanistan?

On Tuesday, the European Parliament will debate and vote on Thursday on a Resolution taking stock of the situation in Afghanistan. "Over the past weeks, we have witnessed a monumental failure of the West's foreign policy. 20 years of blood and commitment evaporated in a matter of days. This should be a wake-up call for us all. If we don't draw hard lessons, we will become weaker, whilst our competitors and rivals will only gain", says Sandra Kalniete MEP, Vice-Chairwoman of the EPP Group in charge of Foreign Affairs. 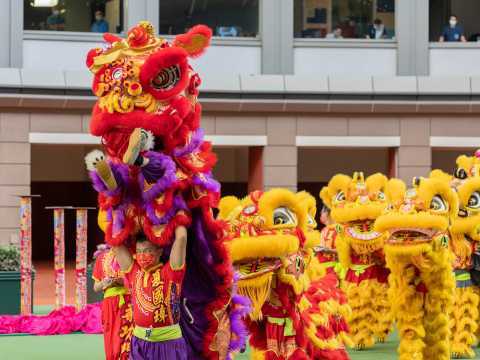 How to deal with China?

“The EU's policy towards China should be based on the following principles: cooperate where possible, compete where needed, confront where necessary. Such an approach allows the EU to react with flexibility to the evolution of the bilateral relationship”, said Radosław Sikorski MEP ahead of the plenary debate on the Report on a new EU-China strategy. Parliament will vote on the new strategy on Wednesday. 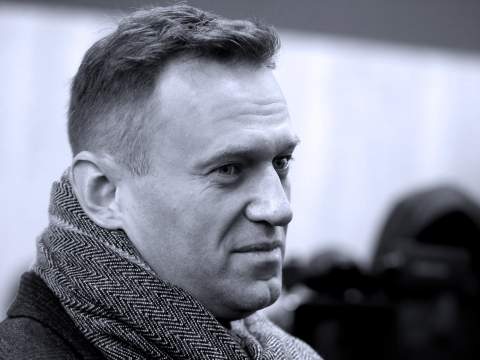 What kind of relationship should we have with Russia?

On Tuesday, the European Parliament will debate and vote on Wednesday on a Report authored by EPP Group Member Andrius Kubilius MEP on the direction of EU-Russian political relations. The EPP Group agrees that the EU's new strategy towards Russia should deter Russian threats, contain Russian interference within the EU and its neighbourhood and support pro-democratic forces in Russia. At the same time, the EU should engage on issues of common interest, such as arms control. The EPP Group calls for the immediate and unconditional release of opposition leader Alexei Navalny. 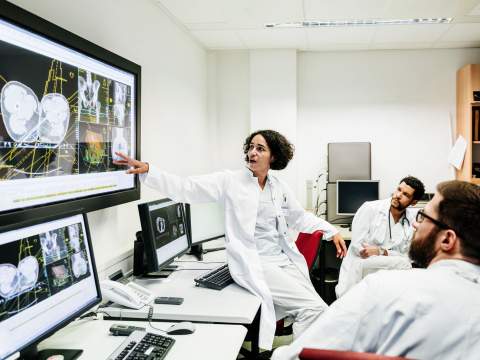 Where can we find software developers, engineers or doctors when we don’t have enough?

European competitiveness and economic growth is being threatened by shortages of professionals with relevant skills, such as software developers, engineers or doctors. In response to these imbalances in the labour market, the European Parliament will vote on the revised Blue Card Directive on Wednesday. The Blue Card is a demand-driven residence and work permit for higher-earning skilled professionals from third countries. 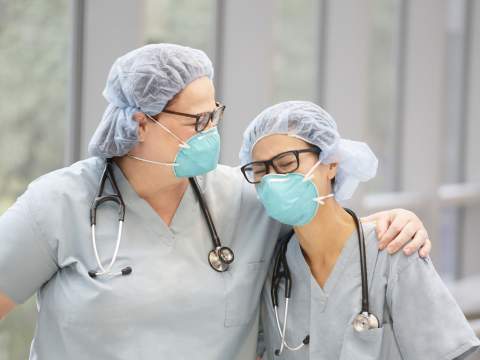 Does the EU need more power to deal with pandemics?

On Wednesday, the European Parliament will vote on two new EU laws, making sure the EU will be better prepared for future crises. One will strengthen the European Centre for Disease Prevention and Control (ECDC), whereas the other will improve existing rules on cross-border health threats. On Tuesday, the European Commission will also propose the setting-up of an EU Health Emergency Preparedness and Response Authority (HERA). Amongst others, the EPP Group wants the EU to be able to reduce dependency on the World Health Organisation (WHO) and declare its own health emergencies, if needed. The EPP Group wants more health powers for the EU. 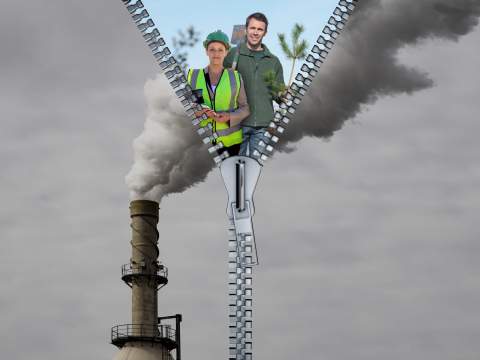 On Tuesday, European Commission Vice-President Frans Timmermans will present the so-called 'Fit for 55' package to the European Parliament, a vast package of energy and climate laws aimed at translating the 55% CO2 reduction goal into concrete new rules. The EPP Group wants Europe to become climate-neutral by 2050. "This far-reaching transformation of our economies and societies must be done in a smart way, because we want to fight climate change with innovation, competitiveness and European jobs. We want de-carbonisation, not de-industrialisation", said Esther de Lange MEP, Vice-Chairwoman of the EPP Group in charge of Economy and Environment. 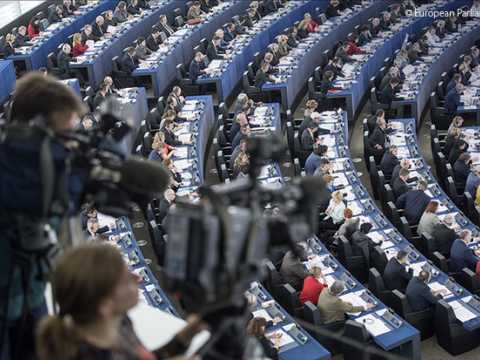 EPP Group to select candidate for President of Parliament

The EPP Group has confirmed its commitment to the 2019 agreement between political groups in the European Parliament that the President of the Parliament in the 2nd half of the term should come from the ranks of the EPP Group. Following an internal procedure, the EPP Group will select its candidate in the next couple of weeks. Read more here. 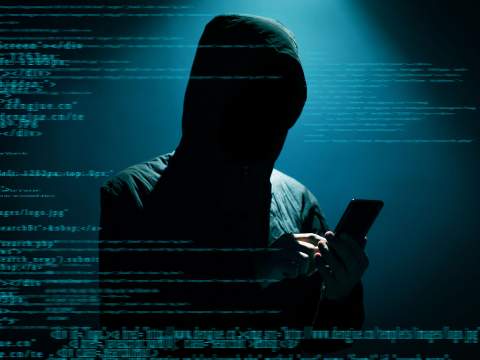 How to stop China and others spying on us?

A plenary debate on Wednesday will focus on the issue of foreign interference through spying and surveillance operations of European politicians and institutions. The so-called Pegasus spyware was developed by the Israel-based company NSO. They licence surveillance meant to pursue criminals and terrorists to government agencies. In mid-July 2021, an international quality media revealed that Pegasus had been clandestinely installed on the phones of activists, journalists, and business people. The leak also contains a list of 50,000 phone numbers of persons potentially of interest to NSO clients. The EPP Group stresses the urgent need for the EU to step up the fight against the very real malicious interference from China and others. The abuse of the Pegasus software and other illegal mass surveillance activities are a huge detriment to our economy, our fundamental freedoms, and privacy rules. 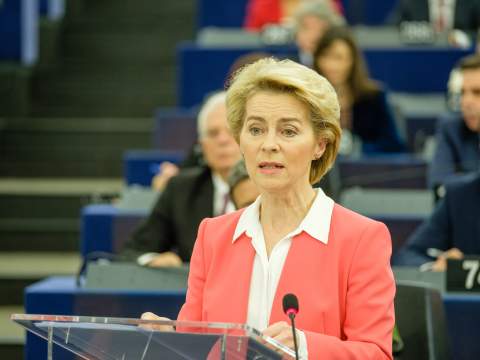 What is the state of our Union?

On Wednesday, the EPP Group Chairman Manfred Weber will participate in the debate in plenary with European Commission President Ursula von der Leyen, following her address on the State of the Union. Thanks to the huge success of the European vaccination strategy, things are slowly returning to normal after 1.5 years of the Coronavirus pandemic. But the effects of the pandemic on the economy will stay. For the EPP Group, the main focus in the upcoming months should be on employment, protecting and creating jobs for the future. We want the EU to be the world leader in the fight against climate change. We believe that climate policy should be both ambitious and realistic, focused on innovation and take into account the social aspects of climate measures so that nobody in our societies is left behind. Finally, the developments in Afghanistan have made it clear that Europe needs to take its destiny into its own hands and not count on others to ensure its security. 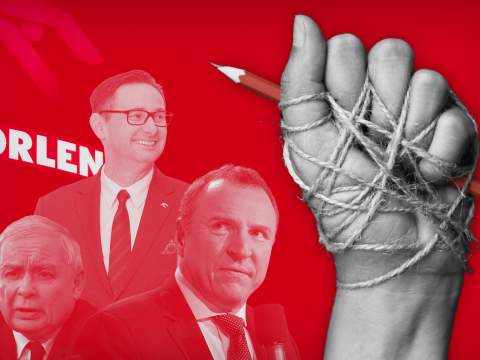 When will the PiS government stop attacking Polish media?

On Wednesday, the European Parliament will once again raise the issue of the rule of law and media freedom in Poland. The debate and Resolution, which are on the agenda on the initiative of the EPP Group, are a response to the systematic deterioration of the situation in Poland. “The government of the PiS Party is harmful to Poland. We are losing not only our reputation and civil rights, but also millions, perhaps billions of Euros tomorrow. The PiS government, like the Communist propagandists, wants to inculcate Polish people with one single correct narrative. As the democratic opposition, we will not accept it, as we did not agree to it in the times of the Polish People's Republic”, said Andrzej Halicki, Head of the Polish Delegation of the EPP Group.