More predators should mean changes in their protection 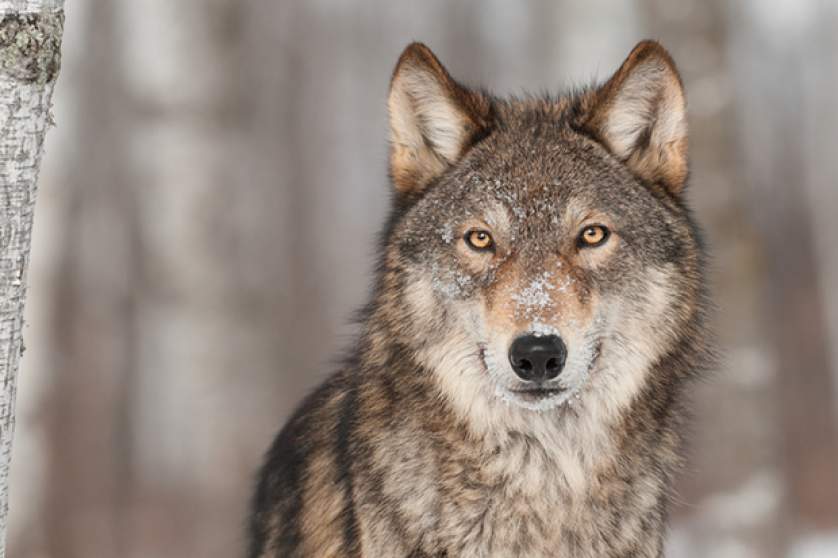 Since the European Union Habitats Directive was ratified thirty years ago in 1992, the grey wolf population has significantly grown and wolves have spread to new areas. In Germany, the number of wolves increased exponentially between 2000 and 2015 with an annual increase of about 36%. Conservation biologists say that the most important reason behind the recovery was changes in legislation improving their protection status, meaning the Bern Convention and the Habitats Directive.

For dogs, coming across a wolf is often a lethal encounter. In 2020 in Sweden, 42 hunting dogs lost their lives to wolves. In Finland, the count was 39. All dog-owners know the sadness of losing man’s best friend.

The spread of wolves has been rapid as they are very adaptable and able to live in nearly every kind of habitat; even in cultivated and heavily-populated landscapes. They can also disperse long distances and occupy areas far away from the source population.

And it’s not only wolves. The populations of lynxes and bears have also grown. In Romania, where the bear population is the largest in Europe, it is estimated that there are up to 6,000 bears. The rate of bear attacks tripled in Romania between 2017 and 2019 with more than 100 people injured. There are reports that there are villages where people are afraid to go out.

Growing predator populations have a wider effect on rural communities. Tourism suffers as hikers and campers are guided by fear and children must be driven to school and to their pastimes to places where they could otherwise safely take their bike or walk.

But most of all, it is the traditional way of farming that is endangered. Sheep and goats grazing on mountain slopes, cows chewing the grass on green pastures. Alpine and subalpine grasslands are also particularly worthy of conservation under the very same Habitats Directive and the key factor for their conservation is extensive grazing; the very method that is now endangered by the wolves.

Electric fences and guard dogs are helpful for some but they are insufficient as the smart predators are getting braver and braver. They are also costly for farmers whose income is already low. And as the increase of the populations is rapid, it is difficult for national administrations to act decisively with the tools available. The European Commission should provide funding for preventive measures and also adequate compensation for farmers to ensure the coexistence of large carnivores and sustainable livestock farming practices.

But the crucial thing is the level of protection. The Habitats Directive shouldn’t be a one-way street that only leads to stricter protection, but a procedure based on a scientific evaluation of the sustainable population. When the populations grow, the protection status should be reassessed. The International Union for Conservation of Nature already noticed this in 2018 when classifying the wolf as a species of least concern at EU level due to the sharp increase in its numbers.

The EPP Group has been pushing the European Parliament for over a year to debate this matter and in November, we finally got the other political groups to realise the need to address the situation. The Parliament adopted a Resolution that says it clearly: the Commission should regularly assess the conservation status for species and amend it as soon as the desired conservation status is reached.

We know what to do and we know the Parliament’s will. Now we need action from the Commission. Farmers in rural communities are getting anxious.