Why renewables are indeed the silver bullet 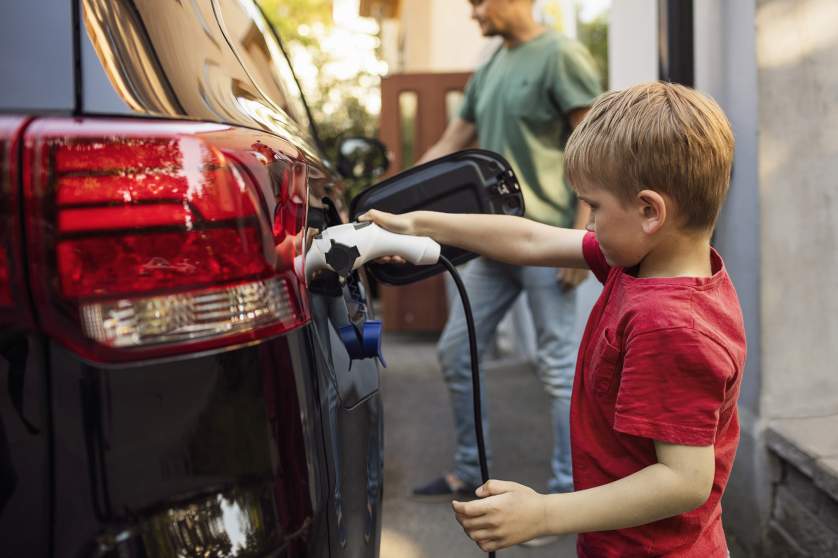 Whichever way you look at it, everything points to renewables. Take our lives as an example, or more specifically our way of life today. If you heat your home with gas, you are now looking at an eye-watering energy bill and the chances are that you have already called your local provider for a quote for an installation of solar panels or a heat pump.

These days, renewables have everything going for them. Indeed switching to renewables is no longer an option. It has become an urgent necessity and this is not just for us citizens, but also for all the EU governments.

The alarming rise of the price of gas comes on the back of years and years of technological improvements on alternative fuels. Today, the technology for renewables has matured enough that it is providing cheaper and clean energy.

What this means is that if the authorities do not invest heavily in it, they will lose a lot of money in the coming months or years. The current skyrocketing cost of fossil fuels and the opportunity costs leave us with no option but to transition from fossil fuels to renewables, as fast as possible.

At this point in time, we need very ambitious goals and we need to devise a way forward. The European Parliament gave me a mandate to represent it, in negotiations with the EU Ministers of Energy, to implement these ambitious goals, as well as chart the way forward.

We have one single message to EU Ministers: backing the 45 percent target now would send a powerful signal to the markets and clean energy providers. These companies are ready to deliver accelerated investment ahead of the looming cold winters.

We want that by 2030, the EU reaches a target of at least 45 percent of renewables from the overall energy mix. It seems that this is too high a target for the EU Ministers. They have not yet made up their minds but this is not the time for dithering, especially when the direction is so clear.

Never in the history of the EU has it been so easy to choose the best source of energy from an ecological, market and security-of-supply perspective. Today, renewables are relatively cheap. They reduce the EU dependence on other countries in terms of supply of energy and they respect the environment. Cheap renewables, together with saving energy (better known as energy efficiency), are the fastest way out of the current crisis.

This is why the European Commission supports this ambitious target of 45 percent of the overall energy mix. The European Parliament also supports this target but it wants to go even further than that. The Commission proposed a cross-border project per EU country for the expansion of green electricity. We want two cross-border projects per country and for those countries with an annual electricity consumption of more than 100 TWh, they will have to have a third project by 2030.

If we go down this route, renewables will make us more independent and they will deliver affordable energy. This means that we need to strengthen the internal energy market and focus more closely on innovation.

Our technologies must set the global standard and they are the answer to how we will reach the overall 45 percent target. Setting innovation quotas is one pragmatic solution. We want that each EU country sets an indicative target of at least 5 percent of the newly-installed renewable energy capacity until 2030, as innovative renewable energy technology, not only by electrification. We also need pragmatic and cost-efficient combinations with coloured hydrogen biogas and natural-gas-based transition solutions.

We also call for more ambition in the transport sector. We increased the target of greenhouse gas savings from 13 to 16 percent. We also significantly increased the quota for synthetic fuels (RFNBO fuels) to 5.7 percent. This is important because many combustion engines will remain in the European vehicle fleet.

When it comes to biomass, we want it to be considered as renewable energy. And finally, hydrogen, which is a young, emerging market.

The ramp-up of green hydrogen production must be simple. We want to see a more modern and simpler system which also uses existing and funded plans. The conditions for green electricity contracts must be significantly simplified with an admissible state aid framework (Power Purchase Agreements).

Despite massive expansion efforts so far, we will only be able to produce 30 to 40% of the hydrogen required within the EU. We insist on a hydrogen import strategy for EU governments with indicative milestones.

Against this backdrop, we have one single message to EU Ministers: backing the 45 percent target now would send a powerful signal to the markets and clean energy providers. These companies are ready to deliver accelerated investment ahead of the looming cold winters.

Let’s get on with it because there is no going back. Renewables are here to stay.

They are indeed the silver bullet.