Those who respect the rule of law have nothing to fear 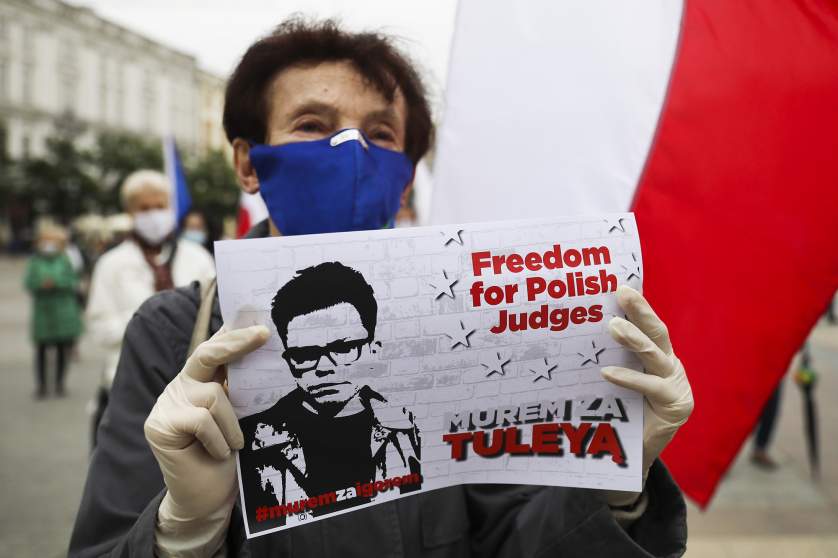 Manfred Weber MEP, Chairman of the EPP Group in the European Parliament, has criticised the Polish and Hungarian governments’ veto against the EU's €1.8 trillion budget and recovery plan at today's meeting of EU Ambassadors of EU Member States.

"If Viktor Orbán and Jarosław Kaczyński want to stop the use of these funds for everybody, then they will have to explain that to the millions of workers and business owners, the Mayors and students, the researchers and farmers that are counting on the support of these funds", Weber stressed.

Weber said the Polish and Hungarian governments are "creating a fictional opposition", when refusing the rule of law as a precondition for receiving EU funds. "The rule of law debate is not about one country, or about east and west. The mechanism is neutral and applies to everybody in the same way. Everybody who respects the rule of law has nothing to fear of this mechanism. The Hungarian and Polish governments should stop creating this fictional opposition between themselves and the values that are part of our treaties. There is no such opposition. The peoples of Europe have one single enemy at the moment, and that is the Coronavirus, and they expect us to deliver now."

The Vice-President of the EPP Group in charge of budgetary questions, Siegfried Mureșan MEP, also criticised today's veto. "Europe is spending more money today than ever before with its budget and €750bn recovery fund. The more we spend, the more control we must have over these funds. This is precisely the aim of the rule of law conditionality to ensure that the money reaches those in need and the funds are spent correctly. The EU budget is money from the citizens, for the citizens. If anything, the rule of law conditionality will ensure that every taxpayer’s money, including the Hungarian and Polish citizens’ taxes, is spent properly and where needed", Mureșan stressed.