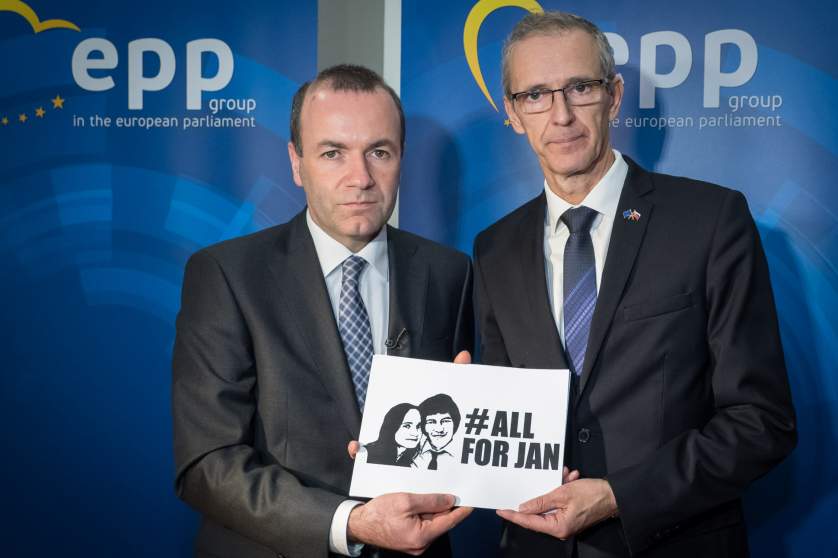 On the occasion of the third anniversary of the murder of the Slovak journalist Ján Kuciak and his fiancée Martina Kušnírová, the EPP Group in the European Parliament says that the freedom of the press is still under pressure in several EU Member States.

"The murder of Ján Kuciak and Martina Kušnírová shocked Europe and confirmed once again the importance of free media on our continent. It is unacceptable that journalists lose their lives because they are doing their jobs. Worryingly, we see in several Member States that free media is under great pressure. To honour the memory of Ján Kuciak, it is paramount that the European Commission uses the tools at its disposal to safeguard the freedom of media in Europe", stated Manfred Weber MEP, Chairman of the EPP Group in the European Parliament.

"I trust the court will carry out a just adjudication in the case of the murders of Ján Kuciak and Martina Kušnírová. Undoubtedly, both were victims of Ján Kuciak's fearless attitude towards writing the truth about people who had felt untouchable. Recent revelations and arrests in Slovakia only confirm what he knew. It is our responsibility to commemorate these two young people, along with creating an environment that prevents corruption and abuse of power", stated Ivan Štefanec MEP, Head of the Slovak Delegation of the EPP Group in the European Parliament.