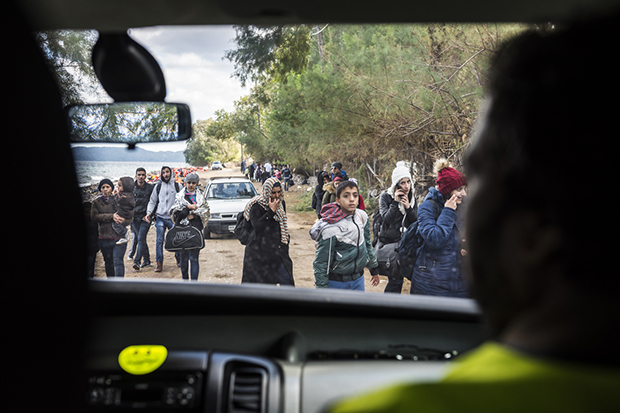 Europe needs a common European response to migration, not battles among Member States. In a key plenary debate on Wednesday morning, the EPP Group will call for a strict and effective control of the EU's external borders, with the assistance of the EU border agency Frontex. It is unacceptable that cynical human traffickers decide who can apply for asylum in Europe, putting vulnerable people's lives at risk while doing so. The EU must agree on swift and fair procedures to quickly distinguish between refugees and economic migrants, increase cooperation with third countries and ensure the efficient return of those not granted stay in the EU. Laws, not ad-hoc solutions, will guarantee sustainable and reliable asylum and migration policies that balance European solidarity and the fair sharing of responsibility. Arrival countries like Italy and Greece mustn't be left alone. It is high time for EU Member States to act towards such a European response and for each Member country to respect their commitments. 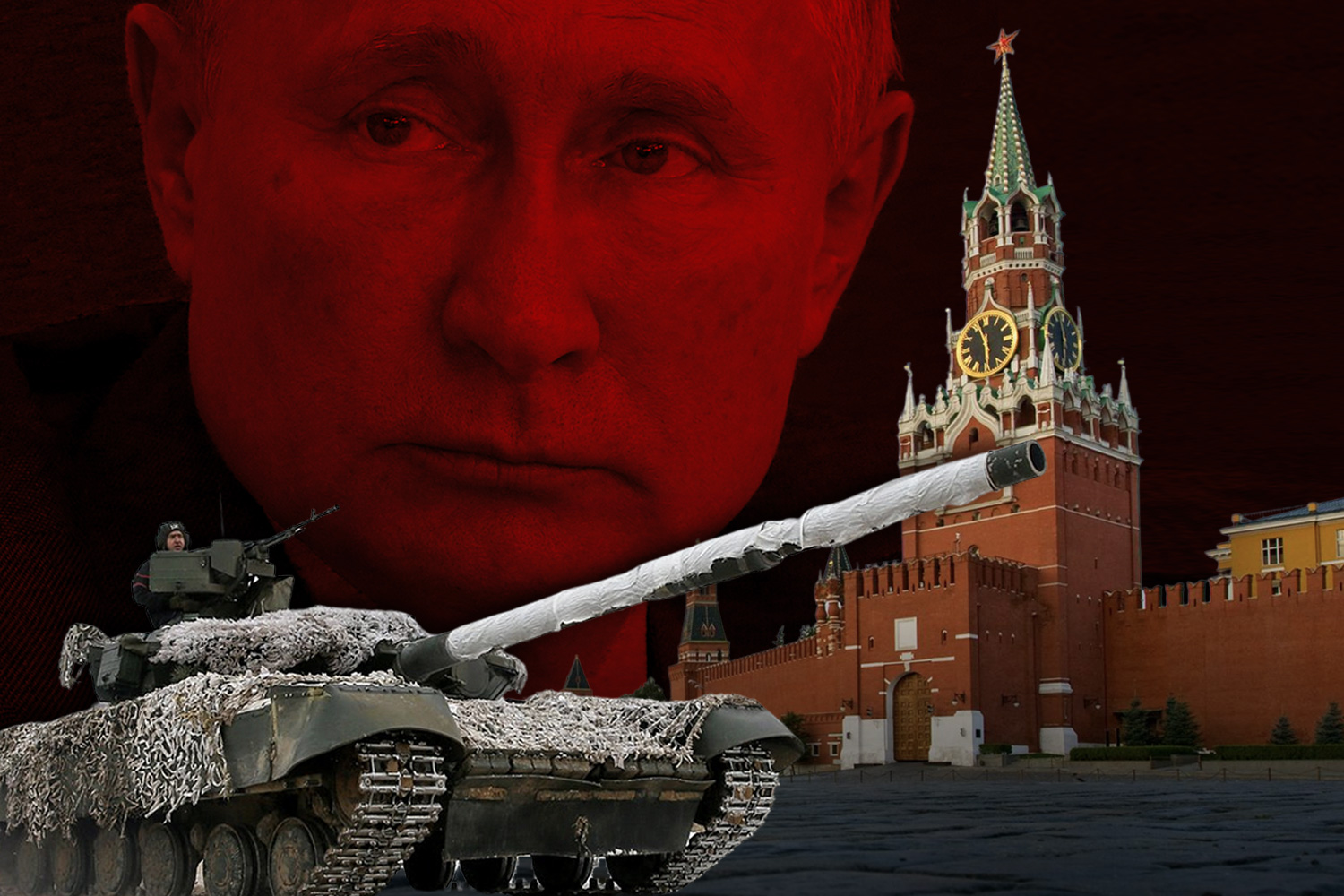 Russia is a terrorist regime

The ongoing deliberate atrocities against civilians and civilian infrastructure in Ukraine clearly show that Russia is a terrorist regime. The EPP Group wants the EU and its Member States to recognise the current Russian regime as a terrorist one, with all the negative consequences this entails. The EU Institutions should adopt a new EU legal instrument which will sanction the Russian regime, the factions within the government as well as political, legislative, military and executive bodies. In a Resolution to be voted on on Wednesday, Parliament will recognise the Russian Federation as a state sponsor of terrorism. “We need to speak in a very clear way: Putin’s crimes of forced deportations, the same as during Stalin’s times, also other war crimes, were born out of the first and major crime of Putin - the crime of war aggression. And that is why we also need to accelerate the creation of an ad hoc international tribunal for the crime of aggression. It is the only instrument which will target Putin's crimes directly. It is also to show both Putin and his elite that there will be no way to come back to business as usual after the war. It is important that big capitals support the creation of such a tribunal. It would be clear evidence that nobody wants to go back to business as usual with criminals”, says Andrius Kubilius MEP, the European Parliament Spokesman on Russia, who spearheaded Parliament's Resolution. 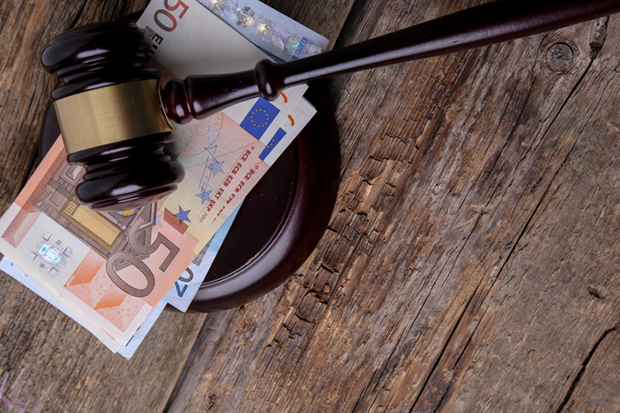 No EU money for Hungary without rule of law

The European Parliament will debate on the state of play of the negotiations between the Commission and the Hungarian Government on the rule of law and EU funds on Monday. The EPP Group's position is clear - we want to see 100 percent compliance by the Hungarian Government on the 17 remedial measures. If they fall short, we expect the Council to freeze parts of financing for Hungary from the EU budget. The vote on the Resolution will take place on Thursday. 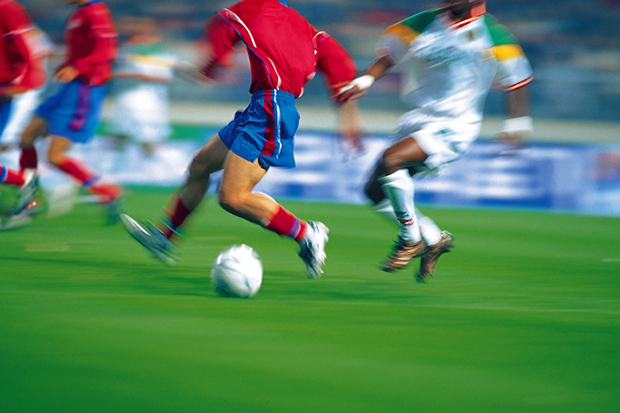 As the FIFA World Cup gets underway in Qatar, MEPs will discuss the human rights situation in the country. Qatar was granted the right to host the World Cup 12 years ago and since then has completed big infrastructure projects with the participation of nearly one million foreign workers. “The World Cup in Qatar will start soon. While this should be cause for great celebration of sport and football, we all know that the organisation of this event has come at a high cost and has elicited much criticism, especially when it comes to the labour rights of workers”, says Tomasz Frankowski MEP, a former professional football player. “The parliamentary debate is very important and timely as respect for human rights should be at the heart of sport. As a co-Chair of Parliament's Sports Group, I acknowledge the progress that has been achieved with regard to labour rights in Qatar, however we need to have guarantees that these effort will continue after the conclusion of the World Cup”, added Frankowski. 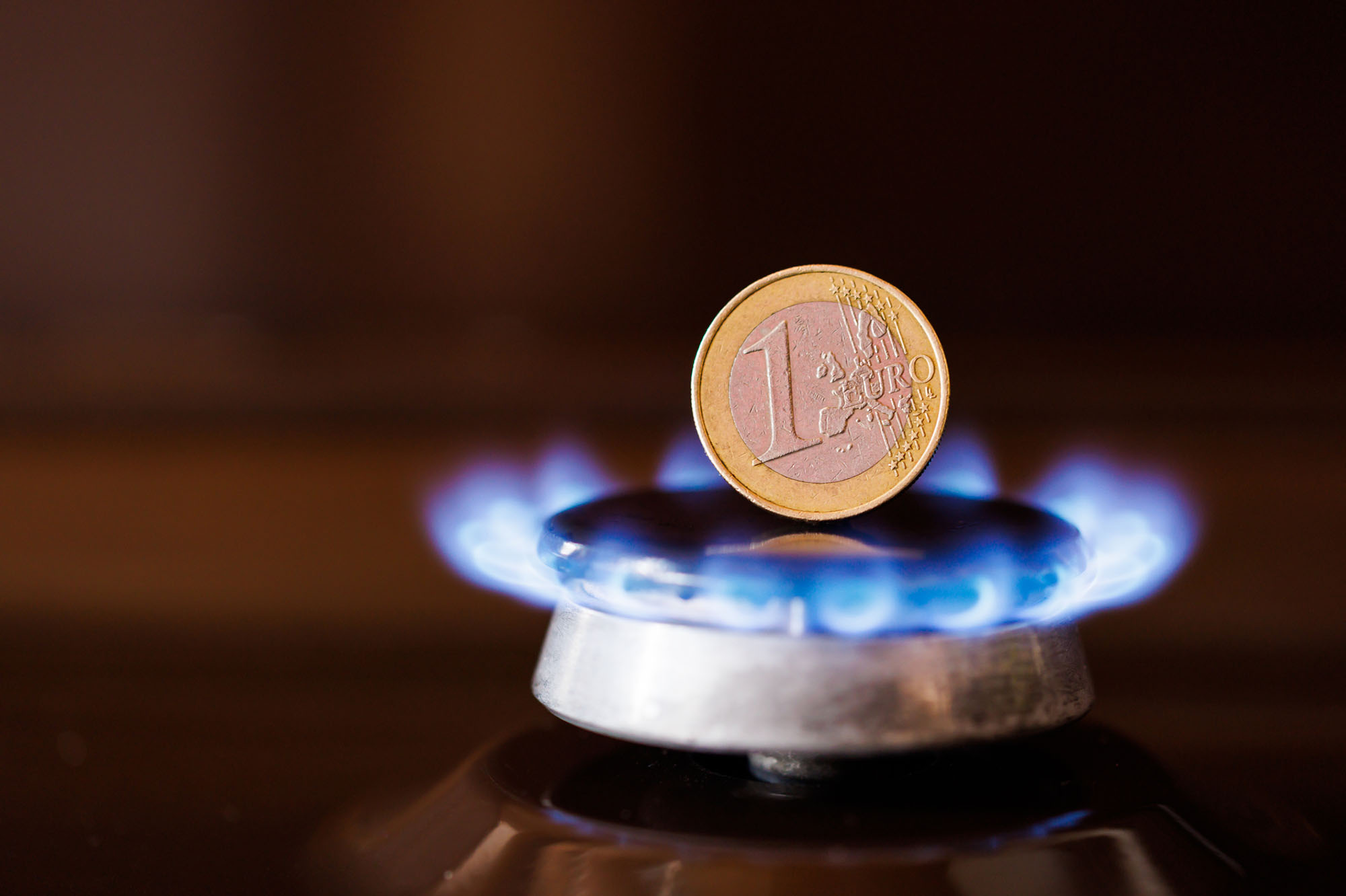 Ahead of the EU Energy Ministers' meeting on 24 November, the EPP Group calls for a true European Energy Union to decrease energy prices in the long-term. We cannot accept that after 9 months of war, the Council is failing to address the energy prices crisis in Europe comprehensively. "We have long criticised the lack of investments in infrastructure, for example interconnectors between Member States and their lack of willingness to change that. The effects of the war in Ukraine show more than ever that current levels of European energy infrastructure and interconnections are simply insufficient. We need a truly interconnected Energy Single Market to keep bills down and companies competitive. The EPP Group has demanded a parliamentary debate with the Council and the Commission on this just before the next meeting of the EU Energy Ministers", says Christian Ehler MEP, EPP Group Spokesman on energy. The plenary debate will take place on Wednesday afternoon. 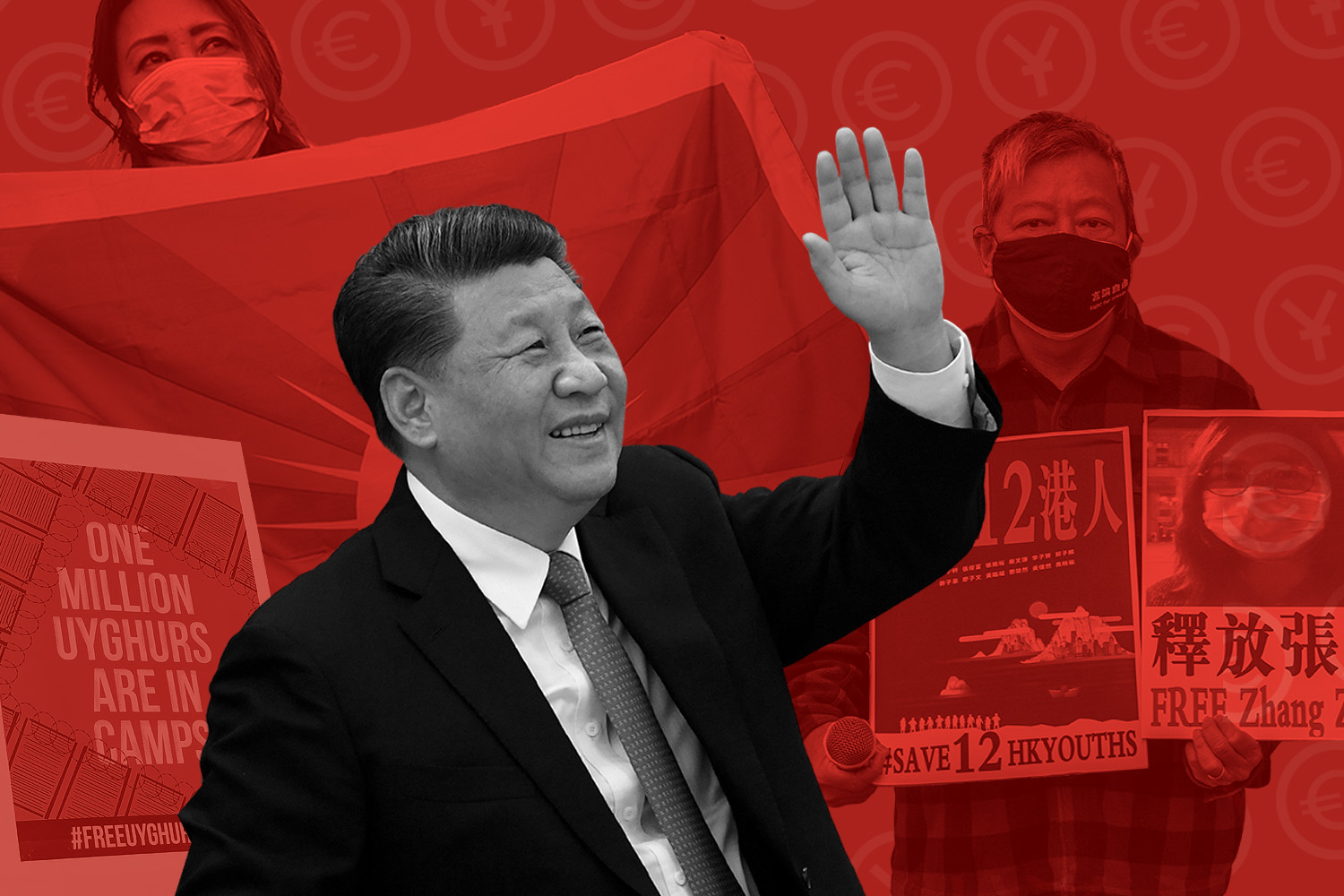 The EU should establish a clear and comprehensive strategy towards China, insists the EPP Group ahead of the plenary debate on Tuesday on the EU's relations with China. This strategy should be based on the following principles: cooperate when possible; compete when needed; confront when necessary. Radosław Sikorski MEP, EPP Group Spokesman on China, stresses that “China is a global power that we do not want to isolate and certainly not ignore. The EU should instead require Chinese authorities to follow the same rules that China requires of others, namely transparency and access to the Chinese market on an equal footing. The EU should not further compromise on its values and principles.” Sikorski also highlighted the need to promote the EU's strategic autonomy: "EU companies operating in strategic sectors and the EU's critical infrastructure must not be sold to companies or entities from outside the EU, to avoid the EU's dependence on foreign actors." 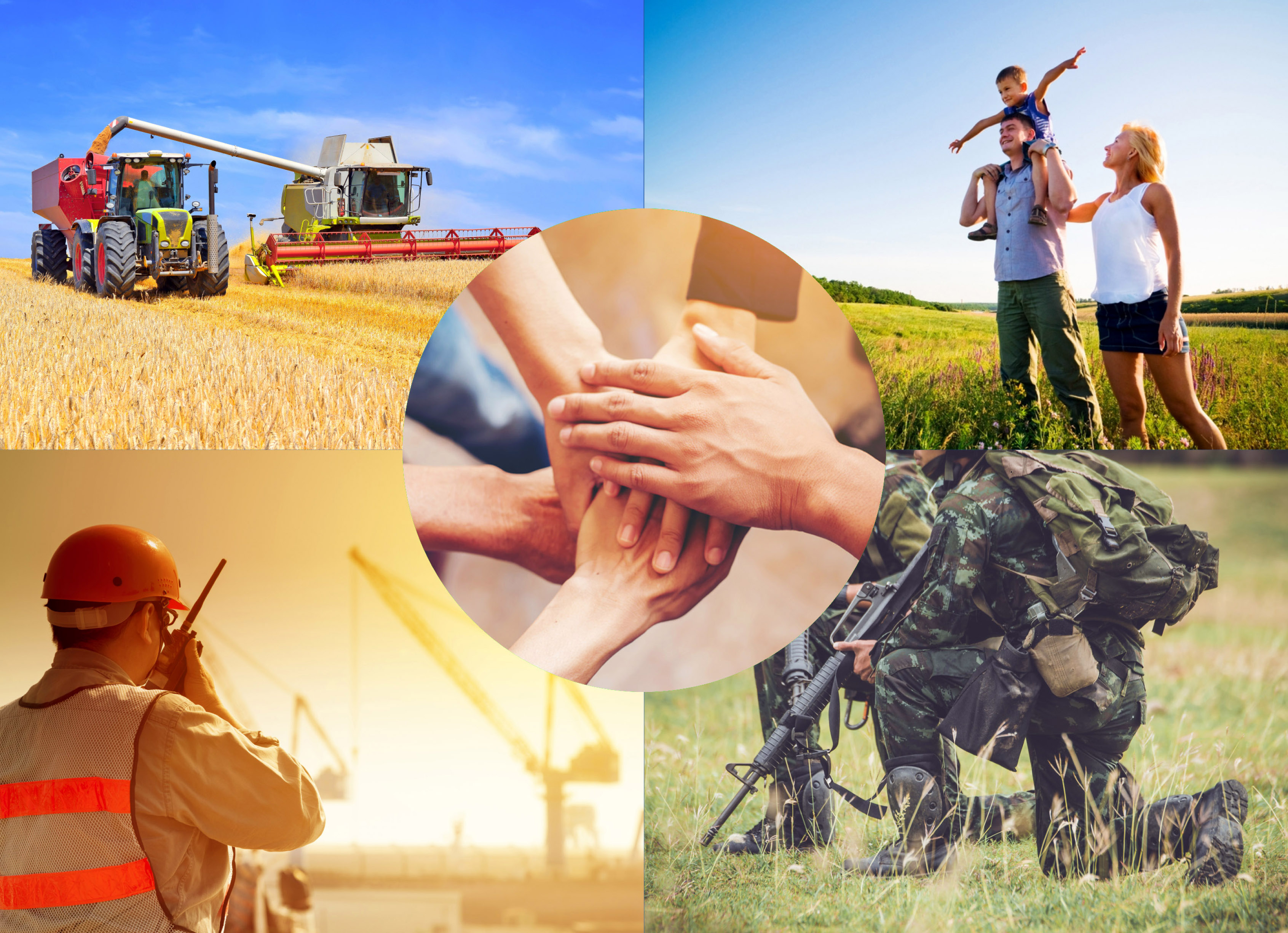 "We are living in war times and we need a war-time budget. The Parliament succeeded in reinforcing the 2023 EU budget during negotiations with the Council. The 1 billion Euro boost won by the Parliament is a win for citizens and will help the Union to battle the many crises it faces", says Janusz Lewandowski MEP, EPP Group lead negotiator on the Budget 2023. The EPP Group worked for a budget that supports households and SMEs, that is fit for the establishment of a geopolitical Union, built through common projects in strategic areas like energy, security, health and defence. Welcoming the deal on next year's budget, José Manuel Fernandes MEP said that EU funds provide investment to counter instability, to mitigate and solve crises. However, a far greater challenge lies ahead with regard to the EU's long-term budget, the Multiannual Financial Framework (MFF). "The 2021-2027 MFF desperately needs a thorough revision as it is no longer fit for purpose." The debate will take place on Tuesday, the vote on Wednesday. 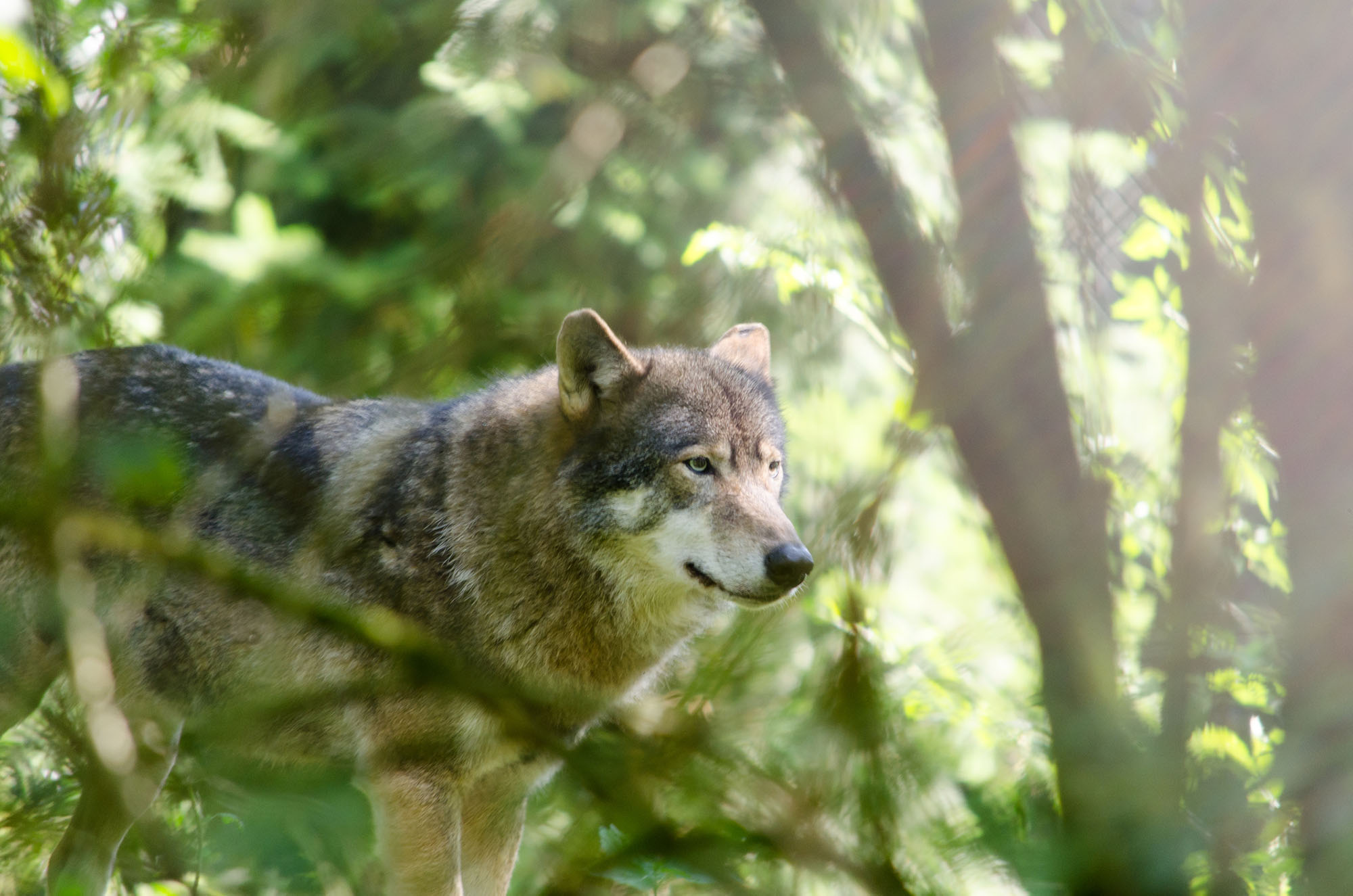 The number of large carnivores, namely lynxes, wolves and bears, has significantly increased in continental Europe. And so have attacks on domestic animals and livestock. Current measures, including fences and guard dogs, are not enough to protect sheep and other animals from attacks, mainly from wolves. The EU needs to reconsider and re-evaluate the current situation. The EPP Group has therefore called for a debate on the protection of livestock farming from large carnivores in Europe, which will take place on Wednesday. 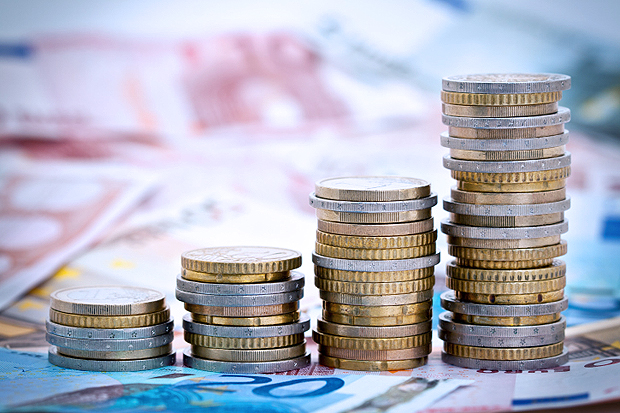 On Tuesday, MEPs will discuss the upcoming reform of the EU’s Economic Governance Framework in times of social and economic crisis. The EPP Group insists that a credible economic governance is based on sound rules and their compliance and enforcement. If the overall objective is still to support debt sustainability and sustainable growth, the EU needs really effective rules and the willingness to actually apply them. 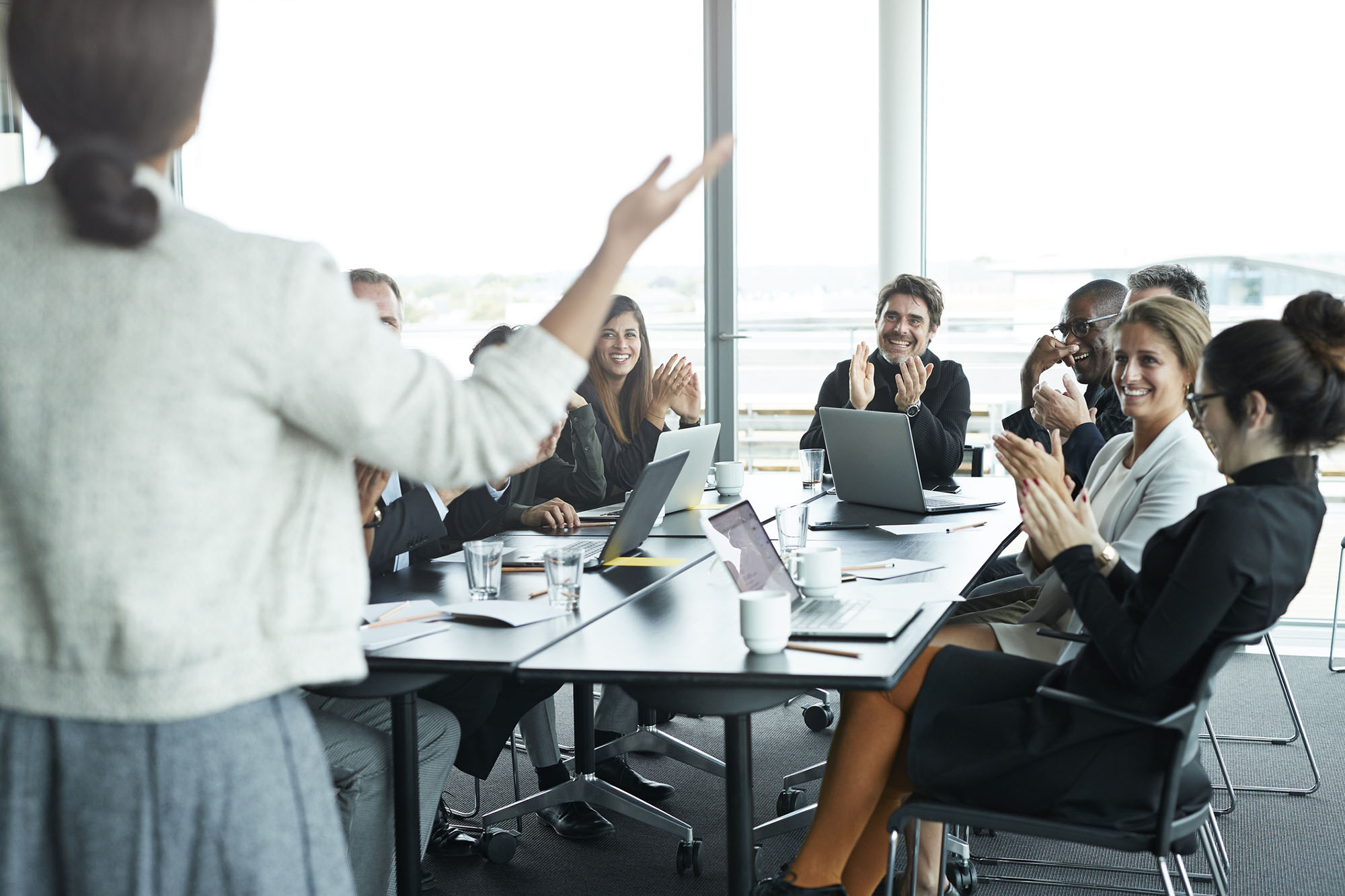 The European Parliament will debate on Tuesday and approve on Wednesday the long-awaited new EU rules for boosting gender balance on company boards in Europe. "It is the last step of a long march, which began 10 years ago", pointed out Maria Graça Carvalho MEP, the EPP Group's negotiator of the Directive on gender balance among non-executive Directors of companies listed on stock exchanges (Women on Boards Directive). "With 'Women on Boards' we have binding targets which will come into effect in every Member State, and we have consequences for those who do not abide by them. This Directive will be important, not just for women, but for the European economy in general, as it will benefit from a greater diversity and from a better use of the resources available", Carvalho concluded. 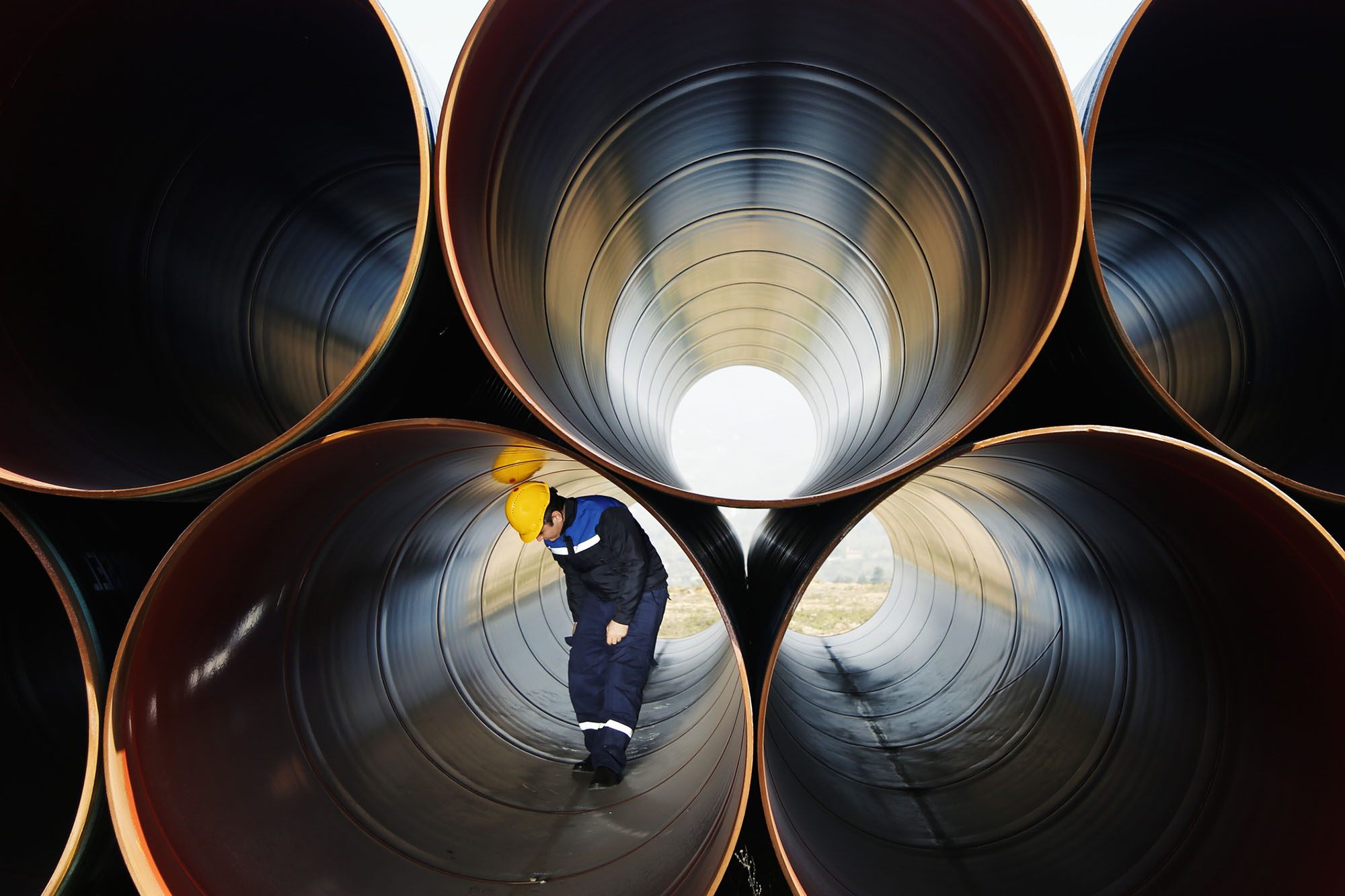 The European Parliament will debate on Tuesday and vote on Wednesday on a new law to better protect critical infrastructure, like energy grids, hospitals, transport networks and internet cables. Protecting such infrastructure is essential for the functioning of our European societies. “Recent events in several parts of Europe remind us of the importance of securing our infrastructure and our critical services. We need precaution, protection measures and emergency plans", says Lukas Mandl MEP, EPP Group negotiator on the Resilience of Critical Entities Directive. 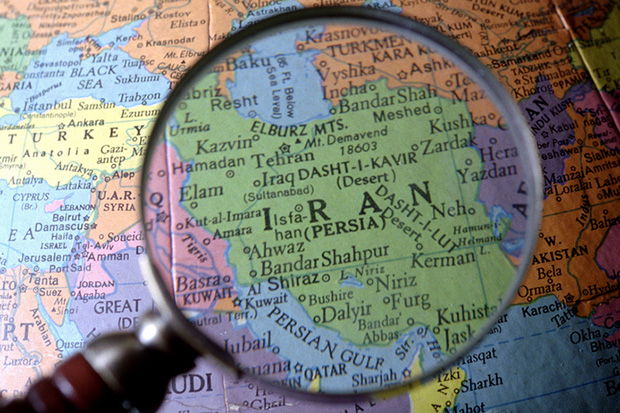 On Tuesday, Parliament will discuss the EU’s response to the increasing crackdown on protests in Iran with EU foreign affairs Chief Josep Borrell. The EPP Group calls on the Iranian authorities to immediately stop the brutal repression and use of violence against protestors. Iran should allow for a transparent investigation into the events in cooperation with international organisations. “The deteriorating and cruel human rights situation in Iran and the decision sentencing protestors to death affects thousands of victims. We should sanction everyone who voted for the mass executions, suspend the Iran nuclear deal and stop legitimising the repression of mandatory veiling”, insists David Lega MEP and Parliament’s Spokesman on Iran. 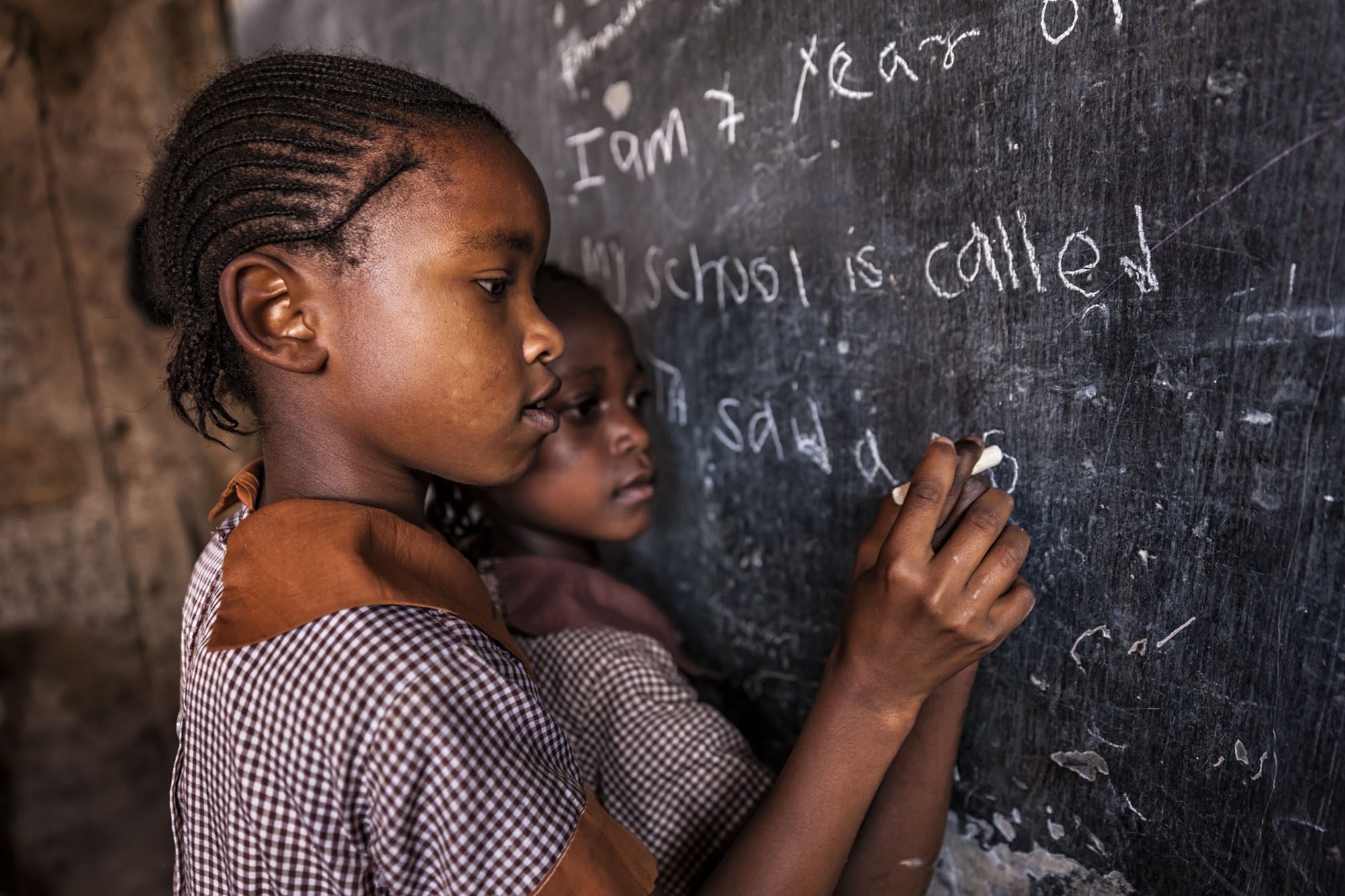 On Wednesday evening, the European Parliament will debate and vote on proposals for a more efficient and coherent structure of the EU’s development cooperation. “The EU and its Member States provide nearly half of the word’s development contribution however, to achieve tangible results, our actions most be more efficient. Improved coordination, enhanced local ownership, and better involvement of 'non-traditional' donors are cornerstones to making change. To make our investments more efficient and sustainable, we need quality education and vocational training available for young people in our partner countries, therefore education must be a number one priority for us", insists György Hölvényi MEP, EPP Group Spokesman for Development Policy who negotiated the Parliament's proposals.