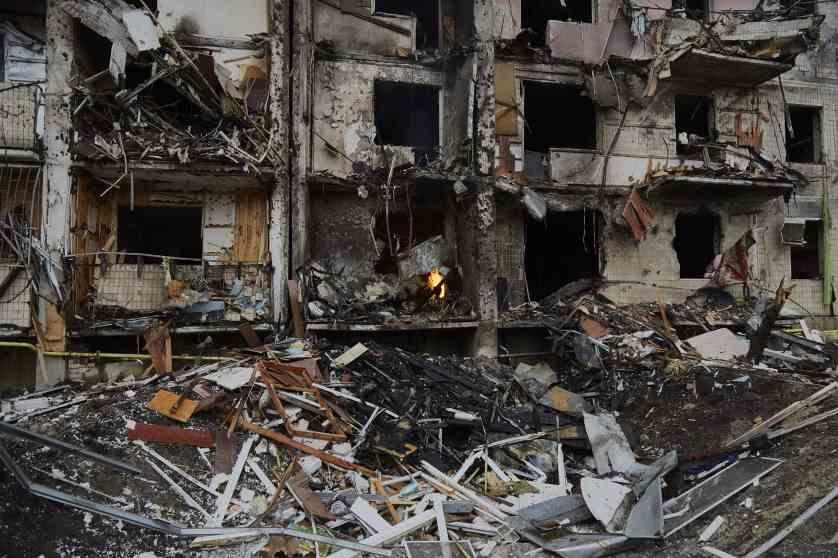 Since the war began in Ukraine , more than 10,000 incidents of alleged war crimes and crimes against humanity have been registered and 600 suspects identified. Amnesty International said on 25 February that the Russian attacks on the cities of Vuhledar, Kharkiv Uman, Mariupol and many more places were likely to constitute war crimes. We all saw the horrific pictures of Bucha where more than 400 civilian corpses were discovered. A court in Ukraine has sentenced a Russian Tank Commander to life imprisonment for killing a civilian at the first war crimes trial since the war of aggression began. Nevertheless, the Russian Government denies it has been targeting civilians. The International Criminal Court (ICC) has already sent investigators and forensics specialists to the country. In addition, the responsible authorities of Ukraine, Poland and Lithuania have set up a Joint Investigation Team, which is supported by Eurojust and the Office of the Prosecutor of the ICC in the Hague, to collect evidence on alleged core international crimes committed in Ukraine with a view to prosecuting them.

Europe has failed on its promises of “never again”. Similar atrocities that we witnessed in Hitler and Stalin times are happening now on the European continent, in Ukraine. Serious offences such as murder, rape and the torture of children, men and women, forced deportations, and mass persecutions have been repeatedly reported. The list is long: rape, tortures, taking hostages, bombing residential areas and civilian infrastructure, forcibly deporting civilians to the territory of the Russian Federation, including Siberia - the area to which millions were deported by the Soviet regime. The atrocities committed by Russian soldiers in Ukrainian cities are shocking. It seems that the Kremlin is deliberately seeking to exterminate people because they are Ukrainian. We cannot accept this in Europe today. What can we do to stop this suffering?

Of course, it is important to charge a soldier for committing a war crime but it is of the utmost importance to hold accountable the political leader who ordered this illegal and unprovoked war as well as the military Commanders and their allies. President Putin and his proxy Lukashenko must be held accountable and tried.

It is clear that the current legal instruments are not enough to punish those who started this unprovoked war of aggression. The democratic world must find a way to bring perpetrators to justice, as was done in Nuremberg after World War II.

There cannot be any impunity for war crimes in Ukraine. The people that are responsible for this must face justice.

Today, war crimes and crimes against humanity committed during Russia’s war against Ukraine are being investigated by the ICC. Unlike for other core international crimes, the ICC is facing objective difficulties in gaining jurisdiction over the crime of aggression - and this for a variety of reasons. Therefore, we need to fill the gap and establish a Special Tribunal which would have a specific jurisdiction over the crime of aggression against Ukraine.

Negotiations are continuing on how to actually set up such a tribunal so that it has comprehensive legitimacy. This could be done either through an international body like the United Nations or under the auspices of a collection of individual states, as was the case with the Nuremberg tribunal, which was established after World War II by the Soviet Union, the United States, the United Kingdom and France.

The European Parliament voted to extend the mandate of Eurojust, the EU Agency for Criminal Justice Cooperation, and gave it new powers. These new powers will allow the agency to preserve, store and analyse evidence related to war crimes, genocide and crimes against humanity. Due to the ongoing hostilities, there is a risk that evidence relating to war crimes or crimes against humanity cannot be safely stored on the territory of Ukraine and therefore it is appropriate to establish central storage in a safe location.

Under the new rules, Eurojust could also process data related to these types of crimes and share the data with the ICC and other international organisations, as well as EU Member State authorities.

There cannot be any impunity for war crimes in Ukraine. The people that are responsible for this must face justice. The international community has to take all possible actions in order to punish the perpetrators and to restore justice so that “never again” doesn’t remain an unfulfilled promise.