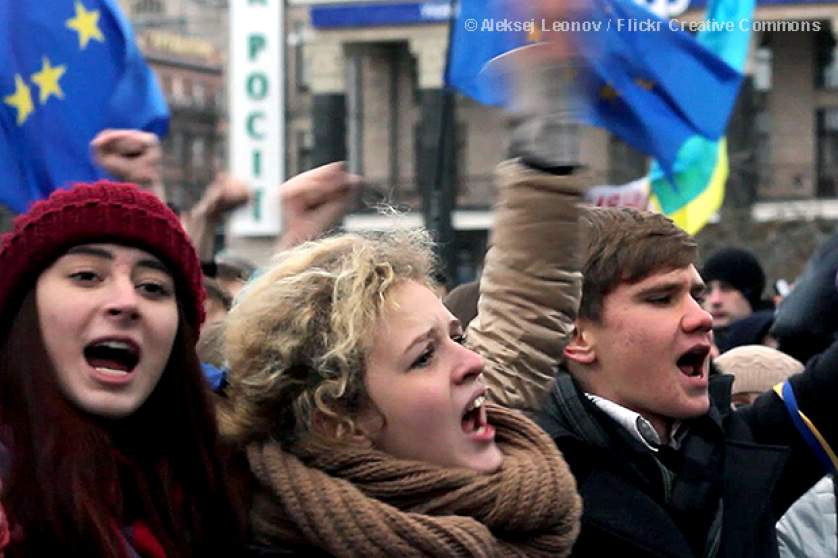 "We came to Ukraine to express the solidarity of the EPP with the people of Ukraine and in support of the Euromaidan movement and our sister parties,” stated Jacek Saryusz-Wolski. “People have the right to choose the European course for their country and the authorities have no right to stop them, much less to use force.”

“It is the people who should decide, not Sochi or Moscow” Elmar Brok said and stressed: “The European door remains open to Ukraine and manifold support can be delivered, as soon as conditions are fulfilled.”

José Ignacio Salafranca further stated: "We are proposing a resolution of the European Parliament in order to get the support of the Assembly next week in order to insure that the voice of the people of Ukraine will be listened to."

“Responsibility for finding a proper solution to the crisis in Ukraine, in the short and long terms, lies with the authorities. Nevertheless, it is clear that the people protesting and opposition politicians are ready to share these responsibilities with the authorities. What is needed is dialogue, cooperation and compromise so that a proper solution can be found," concluded Jerzy Buzek.

The joint EPP/EPP Group delegation addressed a few hundred thousand people from the main stage with a message of hope and support (videos can be found on YouTube); the delegation also met with the leaders of EPP sister parties, Vitaliy Klitschko of UDAR and Arseniy Yatsenyuk of Batkivshchyna, as well as with Eugenia Tymoshenko, daughter of imprisoned former Prime Minister Yulia Tymoshenko.

Especially moving was the visit to the Kiev hospital, where MEPs spoke to the protestors who had been beaten and injured by the Ukrainian special police forces. The authorities prevented their access to some severely beaten and detained students, but their families gave testimony and explained that they were only allowed to see them for 15 minutes once in the past week.

<p>Resolution on the outcome of the Vilnius Summit and the future of the Eastern Partnership in particular as regards Ukraine will be debated on&nbsp;Tuesday and voted on Thursday&nbsp;this week at the plenary of the European Parliament in Strasbourg.</p>