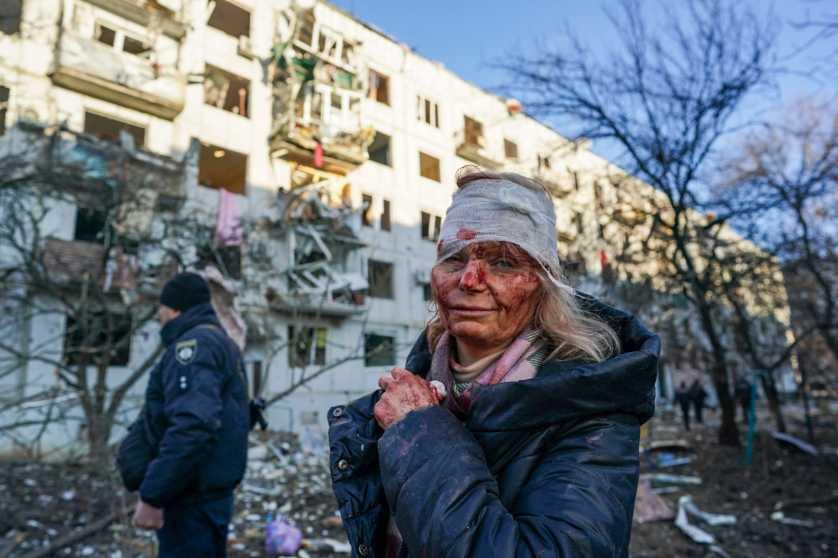 The EPP Group calls on the European Commission and Interior Ministers of EU Member States to immediately apply the Temporary Protection Directive to give proper protection to Ukrainians fleeing Putin's bombs. The Directive would make it easier for war refugees from Ukraine to quickly obtain residence and work permits. Today, Ukrainians can stay in the EU for 90 days without a visa.

“The EPP Group stands with Ukraine and the Ukrainian people. It is our duty to assist Ukrainians fleeing for their lives from Putin's bombs. That is why we expect the Commission and the Interior Ministers to immediately apply the Temporary Protection Directive for the first time ever. We must ensure safe passage and quick refuge for innocent civilians fleeing the Russian invasion”, said Tomas Tobé MEP, responsible in the European Parliament for the law on Asylum and Migration Management, and Jeroen Lenaers MEP, EPP Group Spokesman on Home Affairs.

The MEPs spoke ahead of the meeting of Justice and Home Affairs Ministers on Thursday, where a decision on the Temporary Protection Directive is expected to be taken.

"The Russian attack on Ukraine is a blatant violation of international law. It is causing a humanitarian catastrophe and the displacement of millions of people. According to the UNHCR, more than 500,000 people have fled to neighbouring countries in the last couple of days. The EU Member States have shown unprecedented unity and solidarity with Ukraine against Russia. We must continue to ensure support for those Member States hosting and taking care of refugees, as well as support neighbouring countries to carry out border control and registration", said Lenaers.

"The geopolitical realities highlight the importance of a common European approach to migration. Showing unity and solidarity in the face of this crisis will once again show that the European Union is capable of finding agreements in the field of asylum and migration. Building on these positive developments, we are confident it will also be possible to find ways to urgently adopt the Migration Pact, needed now more than ever before", concluded Tobé.