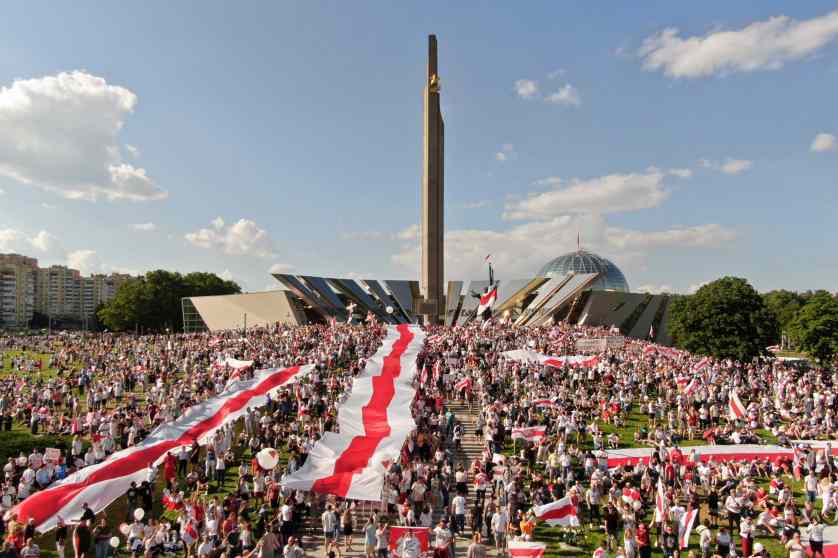 The democratic opposition of Belarus represented by the Coordination Council and a number of opposition figures including Sviatlana Tsikhanouskaya, will be nominated by the EPP Group for this year’s Sakharov Prize for Freedom of Thought - the prize which honours those who, like Andrei Sakharov, dedicate their lives to fighting for fundamental and human rights.

“The whole world admires the determination, courage and power of Belarusian women and men in their fight for dignity, freedom and democracy in their country.  We are ready to support the transition to a new, democratic Belarus with financial assistance and economic cooperation. As long as the Belarusian people continue their non-violent resistance and fight for their freedom, the sympathy of the world is with them”, said Sandra Kalniete MEP, Vice-Chairwoman of the EPP Group.

“I admire the people of Belarus and their peaceful but determined uprising against the election fraud of the old regime. They deserve our support“, said Michael Gahler MEP, EPP Group Spokesman on Foreign Affairs. “Like the brave women and men of Belarus, we do not recognise this election and its result. We demand new elections and an end to violent acts committed by the KGB, OMON troops and police against peaceful citizens. And like them, we demand the immediate release of all those arrested during peaceful demonstrations and of all political prisoners”, he added.

The Coordination Council, representing the civic society of Belarus, was established by Sviatlana Tsikhanouskaya on August 18, nine days after the Presidential vote, with the goal of ensuring a peaceful resolution of the crisis. Instead of engaging in meaningful dialogue with the Coordination Council, Lukashenko and his authorities are intimidating and illegally detaining its members.