Loránt Vincze was born in Marosvásárhely/Tîrgu-Mureș in 1977 to a Hungarian family from Romania. Loránt is married and has a son.

He studied journalism at the Babeș-Bolyai University of Cluj-Napoca and public administration and e-government at the University of Bucharest. Between 1997 and 2009, he worked as a radio journalist and manager at various Hungarian media outlets in Romania. He worked for several years as an MEP advisor in the European Parliament. Between 2018 and 2019, he was the advisor on minority protection issues of the Antall József Knowledge Centre’s Brussels Office.

In the last decade, he worked in the field of European minority protection and European affairs as the international secretary of the Democratic Alliance of Hungarians in Romania (RMDSZ). He is the Vice-President of the Hungarian Christian Democratic Movement of Romania (RMKDM). Since 2016, he has been the President of the Federal Union of European Nationalities (FUEN), the largest umbrella organisation of the autochthonous national minorities in Europe, based in Germany.

On behalf of the RMDSZ and FUEN, Loránt Vincze coordinated the successful Minority SafePack European Citizens’ Initiative, which collected 1.2 million signatures calling on the European Union Institutions to adopt legal acts on the protection of European linguistic and cultural heritage.

Protection of the environment through criminal law 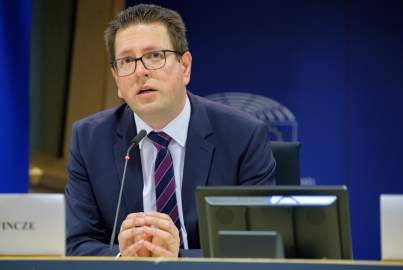