Janina Ochojska was elected to the European Parliament for the 9th legislative term and is a Member of the Development Committee and the Human Rights Committee.

She is a graduate of the Faculty of Mathematics, Physics and Chemistry at the Nicolaus Copernicus University in Toruń, where in 1980 she obtained a Master's degree and began scientific work in the astrophysics laboratory in the Nicolaus Copernicus Astronomical Centre of the Polish Academy of Sciences. She was involved in opposition activities and the creation of the NSZZ Solidarność in Toruń.

Due to polio, she has been physically disabled since her early childhood. As a teenager, during her stay in France in the 1980s and after lifesaving surgery and medical treatment, she became a volunteer of the EquiLibre, an organisation which provided humanitarian aid for children in Poland. In 1989, together with others, she founded the first Polish EquiLibre Foundation, which, since 1994, has been operating under the name ‘Polish Humanitarian Action’, and is the first of its kind in Poland. In December 1992, Janina Ochojska organised and personally took part in the first humanitarian aid convoy to Sarajevo which lead to the involvement of polish society in help not only for Sarajevo but also for Belgrade, Kosovo, Skopje and Tuzla. During her work for the organisation, she visited many countries and the most remote parts of the world providing help for inhabitants.

The successful creation of the first Polish Humanitarian Action and the 25 years of the foundation’s activity lead to providing help to 9.6 million people, building 58 schools, undertaking action in 44 countries, building 943 water intakes and creating better sanitary and living conditions for people all over the world.

She is also the winner of many awards including: ‘The Woman of Europe’ conferred by the Commission of the European Communities (1994), the Pax Christi International Peace Award (1995), the Atsuhito Nakata Memorial Foundation Award (1996), the Order of the Legion of Honour awarded by the President of the Republic of France (2003), the Józef Tischner Award (2006), the Bene Merito honorary distinction conferred by the Polish Minister of Foreign Affairs (2009), and the Lech Wałęsa Award (2010). In 2011, the President of the Republic of Poland awarded Janina Ochojska the Commander’s Cross of the Order of Polonia Restituta.

Access to water as a human right - the external dimension 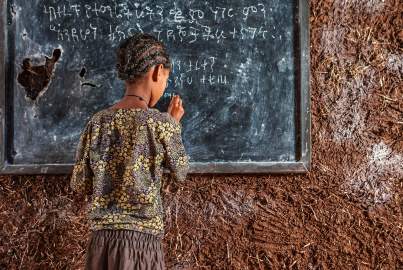 Help for schooling children and youngsters should be integrated into the EU’s emergency aid programmes, ... 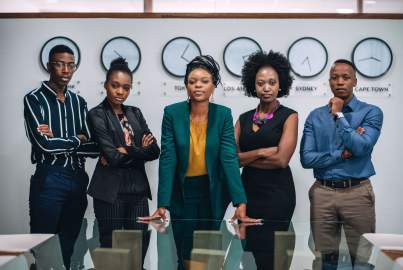 A strategy not for Africa but with Africa

“Unlike previous strategies, the new EU-Africa Strategy has been created not for Africa but with Africa, which is a t... 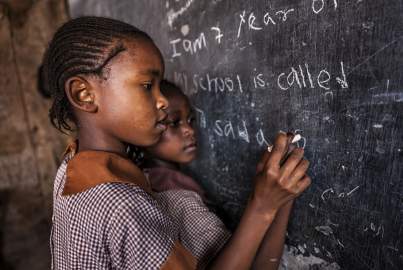