David began his Paralympian swimming career when he was 12 years old. During the course of his career, he proceeded to win several World Championship gold medals and received the ‘Triumph of the Human Spirit’ award during the Atlanta Paralympic Games 1996.

After retiring from swimming, he started a successful career as a public speaker and an entrepreneur.  He was awarded with “The Outstanding Young Person of the World” in 2004. Previous honourees include George Orson Welles, John F. Kennedy and Elvis Presley.

According to David, he had “the fortune of being born at the exact right time and place” to live a good life. This feeling sparked his commitment to give back to society, and has become something of a red thread in his political career.

Upon being elected as a Member of the European Parliament, David pledged to be the voice of the people who have the most difficulties in being heard. Therefore, he uses his platform in the European Parliament for this purpose, and has participated in numerous events to improve children’s rights. As co-Chair of the Intergroup for Children’s Rights, he intends to ensure that the perspective of children is integrated into legislative work and that all children’s voices are heard.

Towards an EU strategy to promote education for children in the world: mitigating the impact of the COVID-19 pandemic

Report on the 2021 Commission Report on Albania 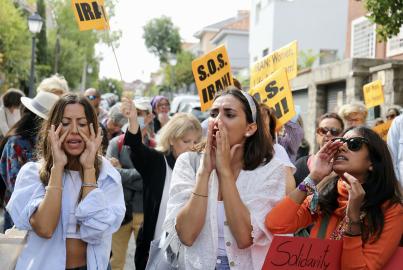 The EPP Group strongly condemns the killing of Masha Amini and calls on the Iranian...