Álvaro Amaro was born in 1953 in Gouveia (Guarda District), Portugal, and is married with two children.

He graduated in Economics at the Faculty of Economics of the University of Coimbra (FEUC) in 1978. In January 1979, he joined the Central Region Planning Commission (Coimbra). He was also a member of the Administrative Council of Social Services of the University of Coimbra, Secretary-General of the National Association of Portuguese Municipalities (1985), and an instructor at the Centre for Studies and Municipal Training (Coimbra).

In 1987 and 1991 he was elected Member of the Portuguese Parliament at the Coimbra District Electoral Circle, positions that he did not take up because he was a Member of government.

In 1988, he was elected Deputy-Chairman of the PSD Coimbra District Political Committee (DPC), and in 1994 was elected President of the PSD DPC of Guarda, a position for which he was re-elected in 1996.

In 1995 and 1999 (until December 2001) he was a Member of the Portuguese Parliament elected by the Guarda District Electoral Circle. In March 1996, he became Director and Professor of the Degree in ‘Regional and Municipal Administration’ at the Independent University (Lisbon), until 2003.

Between July 2003 and April 2006 he was non-executive Administrator of PT Comunicações, SA and was a full member of the Committee of the Regions (CoR) from 2013 until he was elected as a Member of the European Parliament.

He is a Grand Officer of the Order of Infante D Henrique (Portugal) (since 2014), holds the Merit and Citizenship Medal (2019), attributed by the Portuguese Firefighters League, the Gouveia Municipality Medal of Honour (1993) and the AIRC Gold Medal (2007).

He has published several books and articles. 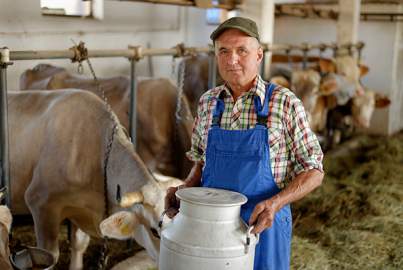 Don't penalise farmers for lack of agreement on EU budget

“There is a moment to reform Europe's Common Agricultural Policy, but it’s...