Time to stop being a toothless tiger 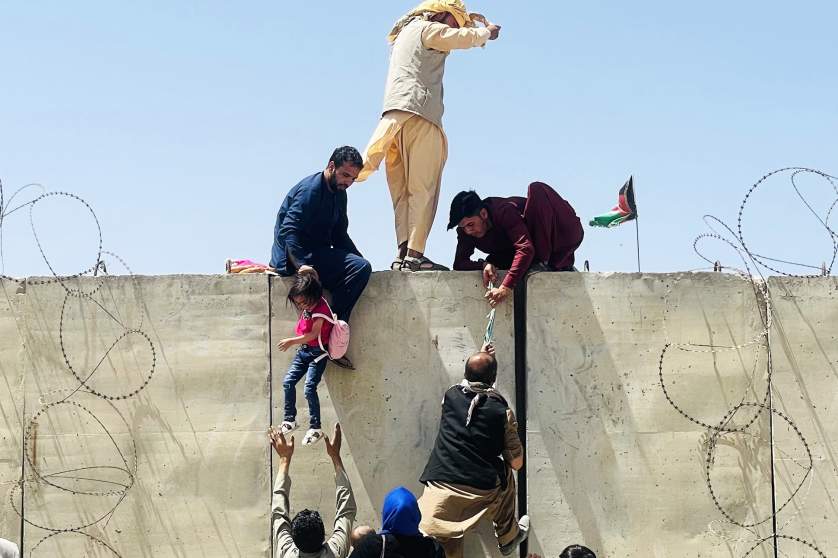 The world around is becoming more and more fragile. The goal for a stronger EU should be obvious - and this concept is not new. We have the tools to make it happen, albeit we lack the political will to deliver it.

The recent events in Afghanistan have been a wakeup call to make the EU stronger in the field of defence. But didn’t we hear the same at the start of the Libyan war? Didn’t we hear the same after Russian interference in the US Presidential election? Were our answers strong enough to prevent Russia from invading and occupying our direct neighbours - or carrying out assassinations on European soil? Did we act decisively enough to help the Democratic Opposition in Venezuela, Cuba or in Belarus? Are our actions bold enough to prevent an obvious breach of an international agreement with regard to Hong Kong, or stopping the Chinese militarisation around Taiwan or the repression of the Uyghurs or Tibetans? Will we be able to respond when a cyber-attack coming from abroad paralyses our hospitals, public transport, means of communication or energy plants?

After the fall of the Afghan government, the EU is facing a new geopolitical situation, which requires detailed assessment and a new strategy.

We must fundamentally reform the EU’s foreign policy in order to credibly demonstrate that we are capable of making decisions and taking action. We must continue to strengthen our ability to speak with one voice, including moving from unanimous to majority decision-making on certain categories of foreign affairs issues.

We must be able to take responsibility for our own security and be able to defend our common interests, as well as being strong when it comes to defending our partners. This means growing up and to stop counting only on the US for our security - and moving towards a true Defence Union.  We need a collective response to counter menaces at our external borders and we need to build up stronger defence capabilities. This, however, will not be achieved without the genuine political will exhibited by Member States. Strengthening defence cooperation must go hand-in-hand with strengthening transatlantic relations. We not only need to spend more on defence, but to spend smarter. This means investment in R&D and keeping up with new technology, in particular.

The European Commission must lead in this direction.

We also need to ensure energy security in Europe by ending our dependency on Russian oil and gas and raw materials, and preventing energy being used as a political tool.

With the emergence of hybrid warfare, cyber-attacks, new forms of terrorism and the proliferation of nuclear weapons, Europe is facing its biggest threat since the Cold War. Cyber terrorism, warfare and mass disinformation (fake news) can all currently be used by third countries to interfere in the EU’s democratic processes. Belarus is an obvious example of hybrid warfare, using people fleeing conflict as human ammunition in order to destabilise the situation on the EU border.

We must be able to identify and severely sanction those proven to have carried out attacks.

The cooperation between the EU and the US, as like-minded partners, remains crucial. As does an open and multilateral system of free and fair trade. That is why we want to see Europe continuing to build free and fair trade agreements that safeguard its high standards in the areas of consumer, environmental, social and data protection. We expect that the Commission will finalise sound and proportionate EU Trade Defence Instruments to protect our citizens’ jobs from unfair trading practices by third countries flooding our markets with their products.

We expect also consistent prior screening of all third country investments into economically strategic sectors of the EU. We count on the Commission to keep a close eye on how the UK Government implements what was jointly agreed, that it respects  the rights of our citizens and businesses, ensures fair competition, the fisheries agreements and the commitments to the Withdrawal Agreement, in particular on the implementation of the Irish/Northern Irish Protocol. The tremendous work of Michel Barnier and the unity that he managed to forge during the post-Brexit agreement negotiations cannot be weakened in the future.

The same goes with the assurances given to our direct neighbours. We must recognise the European aspirations of our neighbouring countries and reject Russia’s policy of spheres of influence. We should acknowledge that we bear a strategic responsibility for stability and development in our neighbourhood and we must continue building tailor-made partnerships in the European neighbourhood based on 'more for more', strengthening democratic processes and the rule of law. We should continue to judge each candidate country on its own merits while paying attention to fully respecting the Copenhagen Criteria and the EU’s integration capacity, which it must strengthen.

The time has come to pass from words to actions. I expect that the State of the Union speech of Commission President Ursula von der Leyen will represent a signal for change.