The EPP Group reminds that the European Parliament will have the “last word” on the next long-term EU Budget and warns the European Council not to take its consent for granted. The EPP Group wants the budget also to be funded through new 'own resources,' which are new direct revenues for the EU Budget that allow reducing EU Member States’ contributions.

“Ahead of next week’s EU summit, the EPP Group is sending a very strong message to EU Heads of State and Government: We will only accept a budget that enables the EU to tackle the challenges of the future and move forward. Parliament will have the last word. There will be no budget without our consent,” stated Siegfried Mureşan MEP, Vice-Chairman of the EPP Group responsible for Budgetary Issues, ahead of today's Parliamentary debate on the EU’s Multiannual Financial Framework from 2021 to 2027 (MFF).

“The EU Budget is the main instrument that we have to put in practice our objectives. Without a solid budget, all the commitments to deliver on climate change, on border protection, to do more for our youth, our farmers, our businesses and our researchers will be just empty words. This is why we believe that the level of the next MFF should represent 1.3 percent of EU Gross National Income,” Mureşan reiterated.

“We also call on introducing new 'own resources' to the EU Budget that will decrease the contributions of Member States and will enable us to finance our priorities. EU citizens want a European Union that solves the big problems of the future; thus, the Parliament will act accordingly. We call on EU leaders to do the same and match their political statements with sufficient financial commitments,” explained Mureşan.

The EPP Group is also in favour of a mechanism to reduce EU funding to Member States who put at risk the basic principles of the rule of law and democracy. “Governments who want to benefit from EU funding shall respect European rules and values,” Mureşan concluded.

The European Council will discuss the long-term budget during its extraordinary summit next week, on 20 February. 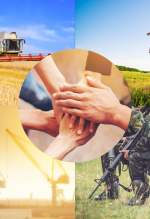