These are the main goals of the changes to the new so-called EU4Health programme suggested by the EPP Group's Cristian Silviu Bușoi MEP. Parliament's Committee on Environment and Public Health will vote later today on the law setting up the programme from 2021 onwards.

"Why can't a hospital in Bucharest or Warsaw have the same equipment, provide for the same conditions and the same expertise, as a hospital in Paris or Vienna?", asked Bușoi. "The COVID-19 crisis has clearly proven the EU’s need for a well-defined and adequately-financed health programme and has revealed shortages in hospital equipment and medical human resources, medicines and vaccines. The need for digital health tools and services that enable continuity of care during lockdown, and access to essential goods and services in times of crisis are obvious to everybody now. It has never been as clear as it is now - we must boost innovation and invest more in health in general", Bușoi explained ahead of today’s vote.

Bușoi also called for the introduction of the European eHealth Record and for actions to address vaccination hesitancy in Europe. He also wants the European Union to do more to prevent and address chronic diseases such as cardiovascular diseases and type 2 diabetes.

Requisite to these plans is an increase in health funding in the new EU long-term budget. The EPP Group wants to keep the originally planned €9.4 billion as proposed by the European Commission which Member States want to bring down to €1.7 billion. 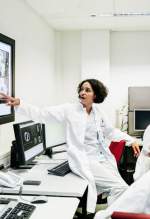 EPP Group Position Paper on a European Union for Health

When people wish somebody all the best for their birthday or the New Year, even before the COVID-19-crisis, the last sentence was mostly: “Above all, good health”...