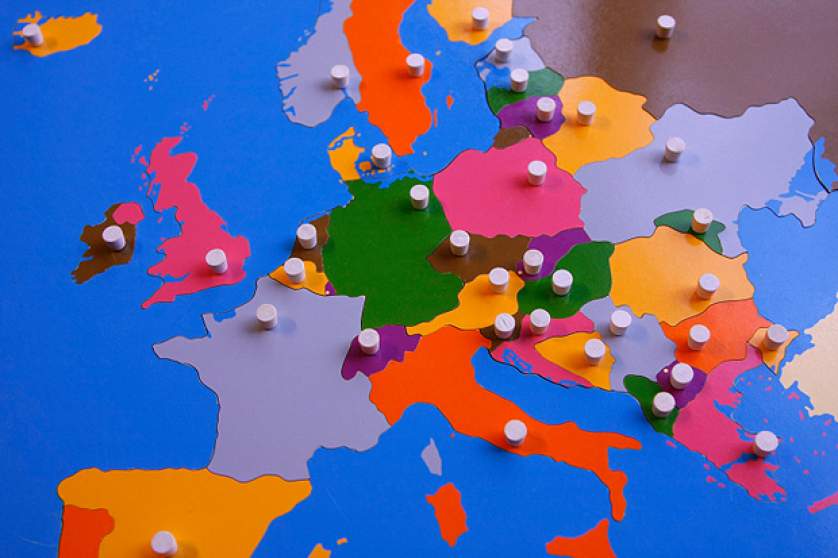 The EPP Group will support the European endeavour of Bosnia and Herzegovina (BiH) but the country must proceed with the reforms it has pledged to carry out - this is the conclusion of an EPP Group fact-finding mission to Sarajevo.

Parliamentary elections can act as a serious push for European integration

There will be parliamentary elections in BiH in October at which the voters will elect a new central tripartite presidency and separate presidents and legislatures for Bosnia-Herzegovina’s Serbian and Muslim-Croat entities. The European Parliament’s Committee on Foreign Affairs has already stressed that "holding credible elections and implementing the results is an essential feature of a well-functioning democracy, as well as a requirement for any country aspiring to join the EU".

The elections can lead to the rapid establishment of a government focused on delivering, and effectiveness which will continue to carry out the necessary reforms on the path to a European future for the country Andrey Kovatchev MEP

"I hope that the upcoming parliamentary elections are going to act as a serious push for the European integration of Bosnia and Herzegovina”, said Andrey Kovatchev MEP who led the EPP Group delegation. He continued: “I believe the elections can lead to the rapid establishment of a government focused on delivering, and effectiveness which will continue to carry out the necessary reforms on the path to a European future for the country. Bosnia and Herzegovina still has to respond to the additional questions posed by the European Commission. This should be done as soon as possible so that the country can be granted candidate status before the end of the mandate of the current Commission in 2019.”

The conditional support for BiH on its European path was underlined by another member of the delegation, Cristian Dan Preda MEP, who said that “all political forces must realise that reforms must be seriously stepped up if the country wants to obtain candidate country status soon.” Preda warned that “organising credible elections in October, being able to implement the results and to constitute authorities in a timely manner will be crucial in this regard. At the same time, the current political deadlock can only be broken if the objective of European integration and carrying out the socio-economic reforms the country needs are genuinely put at the forefront in the run-up to elections and beyond.”

Corruption and religious discrimination to be tackled

The elections are set for 7 October and will be closely watched by the EU, which says that BiH still has to tackle many problematic areas such as corruption, human rights and religious discrimination. In its report, the European Commission bluntly writes that no progress has been achieved in the past year regarding public administration reform. The EC also notes that “corruption is widespread and remains an issue of concern. Bosnia and Herzegovina has some level of preparation in the fight against organised crime.” There is still no fully functional market economy in BiH, states the EC.

Besides Kovatchev and Preda, the EPP Group delegation also included MEPs Dubravka Šuica, Adam Szejnfeld and Željana Zovko. During the two-day mission to Sarajevo, they met members of the Presidency of BiH, parliamentarians and other politicians, as well as journalists.