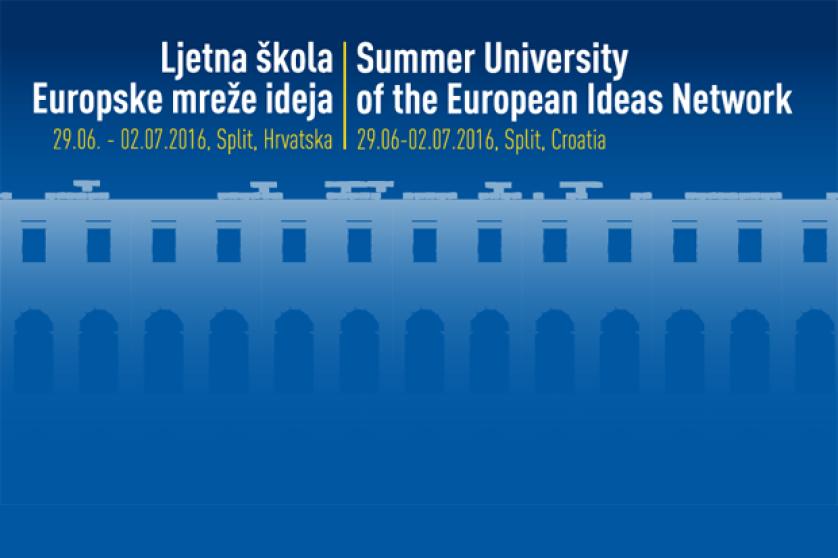 “In 2015 and 2016 we organised over 20 meetings in which hundreds of our networkers and foundations participated. The European Union is living through difficult times and I hope that we in the EIN can keep contributing to the EPP Group's reflection on key issues in an in-depth way,” stated Paulo Rangel.

“I am very happy to organise our 16th Summer University in Croatia because, given the challenging context in which we are living, Split is the right place to discuss geopolitics and European integration,” added the Chairman of the EIN.

“The EPP Summer University has established itself as an important platform for the centre-right in European politics. It was envisaged as a meeting point for promoting new thinking on key challenges facing our European community today. Although there has already been a lot of interaction, we still have to share ideas and best practice on how to tackle the problems that have been dominating our discourse in previous months,” said Dubravka Šuica MEP, Head of the EPP Group's Croatian delegation in the European Parliament.

“I am very pleased to welcome the EIN Summer University to Split, especially because we will mark the third anniversary of the Croatian accession to the EU on 1 July. As the youngest Member State of the European Union, it is truly a great honour to have them all with us. Events such as this give us a new incentive to work together for an ever-closer union,” concluded Dubravka Šuica.