The committee’s remit is both broad and demanding: consulting with and hearing statements from the main actors involved from the EU institutions, national experts on counter-terrorism and specialists in the prevention of radicalisation and support for victims of terrorism.

It is working hard to understand the causes of terrorism, the vulnerabilities that allow it to spread and the resources that can be brought to bear to combat and counteract it.

We view terrorism as a global threat that needs to be tackled at local, national, European, regional and global levels. To strengthen our citizens’ security, to defend our fundamental values of freedom, democracy and human rights and to uphold international law, the EPP Group firmly believes in the pressing need to intensify EU anti-terrorist measures in the wake of recent attacks.

Our Group is not only adopting measures to help prevent elaborate terrorist financing but has also come up with a series of recommendations on how to prevent radicalisation, particularly of home-grown terrorists and in prisons. And despite huge opposition from the European Left, our MEPs have also made terrorist moves traceable.

The fight against terrorism falls primarily within the competence of Member States. Bearing this in mind, we are a strong advocate of an EU approach to defining the precise nature of the terrorist threat, developing the best methods for combating this threat and identifying the root causes of terrorism. It advocates an approach that fully respects the rule of law and has a robust framework and standards for the protection of fundamental rights. 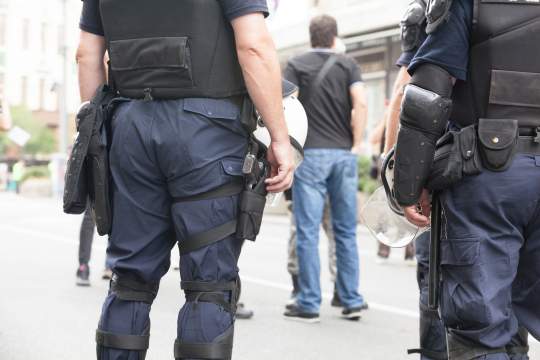 Findings and recommendations of the Special Committee on Terrorism
MEP:
Monika HOHLMEIER

We must improve our security by better controlling our borders, while providing asylum to those in need, and better equipping ourselves to tackle cybercrime. Our right to free movement must be protected and we must continue putting in place measures to prevent terrorism.